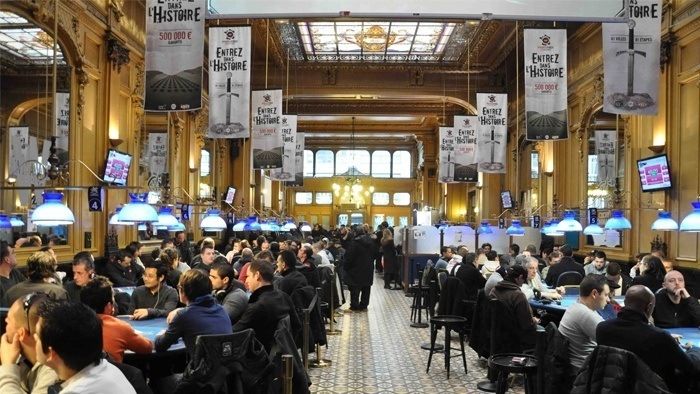 France could have more casinos in its cities as an increase in full-year net revenue has been reported for the first time in seven years. With 201 gambling venues operating within its borders in 2015, the French government reported that the casino industry’s income increased by 2.2%, amounting to €2.2 billion.

According to JOA chairman Luarent Lassiaz, France is leading in Europe in terms of “the number of casinos within its borders and the turnover figure from those”. Lassiaz also pointed out that his company regards diversification particularly important. With over 22 casinos across France, JOA features gambling as well as non-gambling options.

With the global economic downturn in 2008, the French casino industry struggled to bring in necessary revenues. However, for the first time in seven years, France began to see a turnaround with the 2.2% revenue increase in 2015.

This momentum in the gambling industry has encouraged the local French government to consider expansion.

On the last week of January, Marseilles mayor Jean-Claude Gaudin announced that the city will be opening a public tender to develop a casino.

Gaudin noted that he has never been a fan of gambling, but he “can understand why people like it” especially after he commissioned studies regarding casinos in France. Gaudin’s commissioned research revealed how a local casino could generate €10 million in tax revenues annually. The studies also show that a local casino could bring as many as 500 employment opportunities.

Gaudin has been inspired to emulate Deauville where the municipal local government gets 30% of their budget from casino gaming taxes. Meanwhile, other towns in France rely on gaming operations for as much as 80% of their tax revenue.

For over 100 years, casinos in France have been limited to operate in beach resorts and thermal spa destinations. For instance, Barriere has been prevented by laws to open a casino within the city limits. Nonetheless, the operator has been able to open a casino on the outskirts of Paris.

Smaller gaming halls were closed down by authorities some years ago. With the loss of revenues, France has decided in the summer of 2015 to consider opening members-only gambling clubs—similar to the high-end venues in London.

France, Germany and the UK are home to the greatest number of brick and mortar casinos in Europe. In France, they’re mostly located in Paris. Even though the country gains much of its revenue from these brick and mortar casinos, as far as online gambling is concerned France has very strict rules around this. In recent years the government has opened up the French online gaming world to sports betting and poker. With the European Union encouraging a “comprehensive European framework for online gambling,” things will continue to improve for online gaming in France. After all, the French gave the world roulette and blackjack..maybe one day they’ll be able to play it online as well.