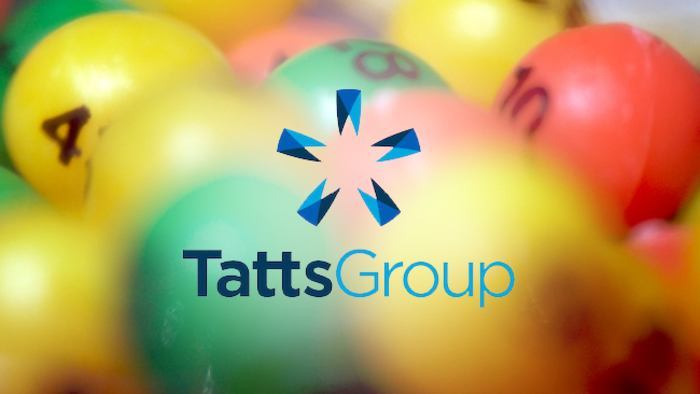 Playing TattsLotto gives you the opportunity to make your multimillion-dollar dreams come true. Tatts Lotto has an estimated AU$4 Million Division One prize pool every Saturday and SuperDraws that go up to AU$20 Million throughout the year. There is also a special Megadraw worth AU$30 million held during the Christmas holiday period.

In the 1800s, a spirited young man by the name of George Adams came to Australia from England at the age of 16. He began working as a coach driver, a saddler, a stock dealer and a baker. Later on, he became a publican and organised a public sweep on the Sydney Cup – and this sweepstake was the beginning of more than a hundred and twenty years of Tattersall Lotteries.

George Adams encountered several obstacles in the formative days of the business. But he found an opportunity for the lottery business to prosper when the Bank of Van Diemen's Land and the Tasmanian economy were near collapse. He moved to Hobart in 1895 – a move sanctioned by the Tasmanian Government – and he organised a Grand Lottery of a number of the bank's major properties. This, in turn, stabilised the local economy.

On 22 June 1972, Victorians tuned in to the very first live Australian TattsLotto draw when it was aired on television. Back then, the top prize for the draw amounted to AU$50,000. Today, the Division One prize pool goes up to AU$4 million.

The popularity of TattsLotto led to the launch of other draws, such as the Oz Lotto and the Australia Powerball.

How to Play TattsLotto

Every Sunday, TattsLotto offers you the chance to take home millions of dollars in cash prizes. The Tatts Lotto results are based on 45 balls numbered from 1 to 45. Eight balls are randomly selected – the first six balls are the “winning numbers” and the remaining two numbers are “supplementary numbers”. You win a prize if you can match the right combination of Tatts lotto draw numbers and supplementary numbers with your entries.

There are several TattsLotto play options, and these are: Marked Coupons, QuickPicks, System entries and Pick Entries.

To participate in TattsLotto, you can play using your favourite numbers through Marked Coupons from as little as AU$2.85. If you have numbers that are really special to you – like a birthday or anniversary – you can use these numbers to mark your coupon. If you don’t have any favourite numbers but you still want to mark down the numbers yourself, then you can use a random number generator for Tatts Lotto. Here are the simple steps to follow if you want to bet using Marked Coupons:

Check out the price for each of the game panels:

You can play a QuickPick if you want to let Tatts’ system choose a set of numbers for you. QuickPicks start from AU$8.55 for 12 games. This option is perfect for those who want to play lotto for the first time, or for punters who are always in a rush.

QuickPicks are available in the following sizes:

The System Entry gives you the option to play more numbers per game for greater chances of winning. For example, if you want to win Division One in TattsLotto, you would need all six winning numbers. To increase your chances of winning, you can opt to play using System 9. System 9 means you get to choose nine numbers for that game instead of the usual six. This gives you 84 equivalent games. Take a look at the systems, the equivalent games and prices:

You can use the System Entry for both Marked Coupons and QuickPicks. Here are the steps you need to take:

Pick Entry is another option of how to win Tatts Lotto. If you play a Pick entry, you guarantee yourself either one or two of the winning numbers required to win the game. Similar to the System Entry, you also get to play on either Marked Coupons or QuickPicks.

There are only two kinds of Pick Entries, Pick 4 or Pick 5. If you play a Pick 4 Entry, you are guaranteed to win two out of the six winning numbers of the lottery results. That means you only need to put in four numbers. If you play Pick 5 Entry, then you are guaranteed one out of the six winning numbers. This means you only need to input five numbers.

Here are the steps for the Pick Entry:

There are six prize divisions in TattsLotto. As mentioned earlier, the game is based on 45 balls numbered from 1 to 45. Eight balls are randomly selected – the first six balls are the “winning numbers” and the remaining two numbers are “supplementary numbers”. Here are the combinations for the six divisions and the odds of winning Tatts Lotto.