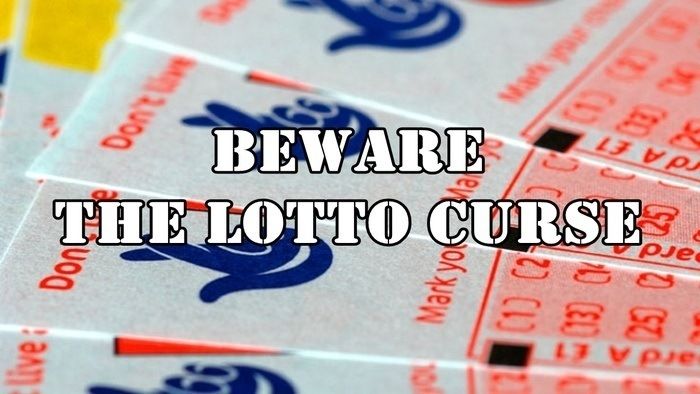 The Lotto Curse: From Big Winners to Huge Losers

Have you ever checked news on lottery winners, seen the jackpot, and wished you had the winning ticket? Think about all the things you could do with several million in cash. It could change your life completely!

However, instant cash from a lotto win doesn’t always mean it's a good thing. The money can make life grand for a while, but if you spend it recklessly, you may find yourself with a severe case of bad luck. Would you be surprised that some winners have gone on record to say that they regret cashing in the jackpot?

From millionaires who spent their winnings in a flash to ones who ended up in the clutches of evil, there are some lotto fairytales that had no happy endings.

Let the following stories serve as a warning to those who still have some of their winnings, to those who have high hopes to win, and to those who’ll end up with the jackpot in the future.

Michael Carroll is arguably the biggest lotto disaster to ever walk on the planet. He was only 19 years old when he won UK£9.7 million in 2002. The former UK garbage collector was nicknamed the “Lotto Lout” after showing up to claim his jackpot while wearing an electronic offender’s tag for drunk and disorderly behaviour. While there are some people who would take the money and plan to turn their lives around, Carroll succumbed to his vices.

Carroll didn’t stop at alcohol – with a huge pile of cash in his hands, he proceeded to blow his winnings on drugs and prostitutes over the course of 10 years. He was even said to have slept with up to four prostitutes every day at some point. If you’re wondering where he got the energy, well… UK£1,500 worth of crack cocaine was his solution. The winner also added to his criminal record, getting himself banned from drunk driving which rendered his fleet of luxury vehicles completely useless.

Unable to take Carroll’s behaviour, his wife packed up and left their UK£250,000 home with their daughter in tow. With nothing left to his name, Caroll attempted to take his life twice. He also admitted that life without the money was so much simpler.

Before Keith Gordon won the lotto, he was a happily married baker residing in Shropshire, UK. When won the jackpot of £9 million in 2005, he thought he’d had everything he could ever need. He quit his job, invested in racehorses, and turned to alcohol. His drinking led to him getting admitted to rehab. And if that wasn’t enough of a sob story for you, he also got conned for £700,000.

Similar to Carroll, Gordon’s wife of 25 years left due to his unsightly behaviour. Prior to his death in 2010, he spoke to the media saying that winning the lotto had ruined his life.

Callie Rogers was only 16 years old when she won UK£1.9 million in 2003, making her the UK’s youngest ever lotto winner. Being that young, anyone would have worried if she had the sense to manage her winnings. Everyone found out that she didn’t, in record time.

With plenty of cash to her name, she decided to shower friends and family with expensive gifts, got breast implants, and added designer clothing to her wardrobe. In addition to blowing thousands on parties, Rogers spent over UK£200,000 on cocaine. However, nothing she did brought her any happiness, even attempting to take her own life to bring an end to her misery.

Come 2013, Rogers only had UK£1,600 in her bank account… but she was actually happy about that. After losing her money and becoming a mum, she’s become more responsible in managing her money, saying she only buys her children expensive gifts on birthdays and Christmas. She says she wants for them to grow up knowing the true value of money.

Rogers and Carroll are just two of the younger lotto winners. It’s worth mentioning that there are some with more sense in them. Allison Cooke was 19 when she won nearly AU$1.5 million, but she didn’t bother with new dresses and parties, or even thought of quitting her job. She thanks her mum for making her understand the value of money after growing up as one of four kids in a single-parent home.

New South Wales native, Maria Lou Devrell, won approximately AU$5 million in 2011. Much like the previous stories, she and her husband were blinded by being instant millionaires and began spending left and right. Devrell’s behaviour would have found her out of luck in due time, but her accountant decided to speed up the process.

In a fit of rage brought on by Devrell’s wasteful spending, Peter Joseph Kelly took a rubber mallet and murdered his client. He was sentenced to a maximum of 18 years in prison in 2012.

Money is the Root of Evil and Brings Even More Evil

Abraham Shakespeare won US$30 million in a Florida lottery back in 2006 but he was only able to enjoy his winnings for a short while. Three years after getting the jackpot, the 42-year old disappeared without a trace. His dead body was found in 2010, buried under a concrete slab. An autopsy showed that he was shot to death.

A stranger, Dee Dee Moore, preyed on the unsuspecting Shakespeare after his win. She managed to con him out of US$1.8 million. It’s a measly sum compared to his total winnings, and perhaps that’s what had Moore resort to murder. Shakespeare had allegedly given away most of his money to anyone who wanted it by the time he was killed.

Moore is serving a life sentence without the possibility of parole.

Andrew “Jack” Whittaker is perhaps one of the unluckiest lotto winners of all time. The West Virginia entrepreneur was already rich prior to winning US$315 million in 2002. At the time, his jackpot was the largest undivided Powerball prize ever. You have to wonder how life will go for the biggest Powerball winners in Australia...

Whittaker experienced a series of unfortunate events, both with regards to his money and his family. He had over US$530,000 stolen, found out that there was a plot to drug and rob him, and had a casino file a lawsuit against him. He also lost members of his family – his granddaughter and her boyfriend died due to drug overdoses in his house. Whittaker’s daughter was also found dead, leaving him devastated and regretful about ever claiming his jackpot.

You often hear winners talk about what they want to do with their winnings, but there’s little thought on how they’ll go about it. Krupka believes that’s the step people need to consider – communicating all plans, including who they want to share it with.

Telling everyone you know about being a lotto winner can put you in a tight spot. This is one of the reasons why some winners choose to be left anonymous. Just think how Shakespeare could have had a different fate if he wasn’t so open with giving his money away. While it may be difficult to keep having instant millions to your name, information can be controlled. It can lessen the stress from having people insisting on lavish gifts or coercing you into shady activities.

One problem is that different people have varied personalities and outlooks. Just because you’re an instant millionaire doesn’t mean your view on the world changes immediately. It may need a combination of a lot of things for winners to avoid the lotto curse completely. Proper accounting, control of information, effective communication, smart investments, and a strong will are just some of things that factor in.

If you think you have what it takes to avoid the lotto curse, check out our HitYah website for some of the best lottery games online. You can even get some tips on how to pick winning lotto numbers.