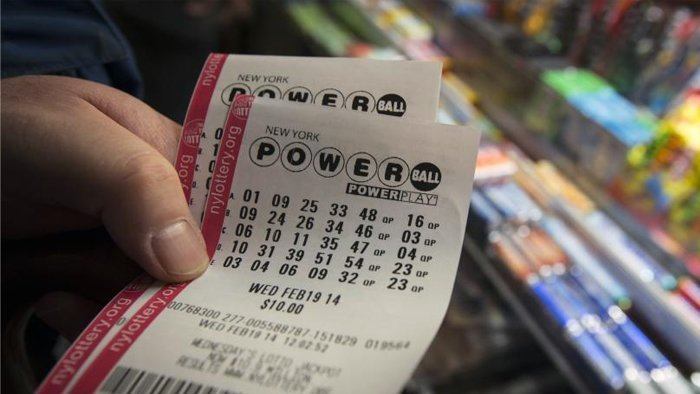 The Power of US Powerball Jackpots Attracts Lotto Lovers Worldwide

Oh the thought of retiring early, travelling the world and owning that dream house just gets us hyped about the biggest lottery in the US, Powerball! It has turned numerous ordinary people into millionaires and it still continues its hunt for the next lucky winner! Could it be you? Well, you have to buy your Powerball tickets first to know!

Winning Millions from US Powerball

Offered by 44 states, the District of Columbia, Puerto Rico and the US Virgin Islands, this multi-million lottery jackpot contest is managed by non-profit organisation, the Multi-State Lottery Association (MSLA). If you are the type who wants to win big then the Powerball is the ideal lottery contest for you! The biggest Powerball jackpot was won last 13 January 2016 and it reached to a whopping $1.5 billion (£1.02)! Thousands of Britons turned to this biggest ever jackpot and bought tickets in the draw to win.

Three tickets defied the Powerball jackpot odds and won the biggest prize in the history of US lottery. One ticket was sold in California, another in Tennessee and another one in Florida. One-third of the share of the jackpot ($528.7 million; £370 million) was won by The Nickel 95 Trust with Maureen Smith, 70, as the trustee. In an interview conducted by The Telegraph, Maureen and her husband David Kaltschmidt said that they plan on living the same lives and they will dedicate their money and time to “charities, tax strategies and investments.” They decided to take the $327.8 million (£223.4 million) lump sum rather than receiving the $528 million (£370 million) sum in instalments.

The other winning ticket was owned by John Robinson, a family man who lived in a modest bungalow in Tennessee. He shared that he will continue working as an IT professional and that his wife would still hold her position at a dermatologist’s office. Taking the $327.8 million (£223.4 million), they said they would donate some of the money to a children’s research hospital and to their church. They would also use the sum to pay off their own mortgage and their children’s student loans.

The third winner has yet to come out even months have passed since the biggest Powerball jackpot announcement.

What Would You Do if You Won the US Powerball?

With millions of moolah in your account, there are so many things you can do, achieve and buy. Let us take a look at what some big lottery winners do with their cash. 15% of the winners were already retired, while 19% said that they will keep their old jobs. 2% decided to work less and 59% of the winners retired early. In terms of properties, 82% of the winners bought new houses and they spend an average of £738,000 on their new property. 13% of the past winners gave their old home to friends or family.

Would you buy a new car if you won the Powerball? Well, most of the winners did and they spent an average of £46,116 on their new vehicle. 16% of the winners bought an Audi while 11% opted for a Range Rover or a BMW.

Who Will Be the Next US Powerball Winner?

It could be you! Do not fret if you are not physically located in the US. No matter where you are in the world, you can play lotto online via the Lotter. Once you’ve picked your numbers using the Powerball Random Number Generator, simply click through the current Powerball jackpot and buy your tickets! Who knows… you might be the lucky winner to take home millions of pounds!