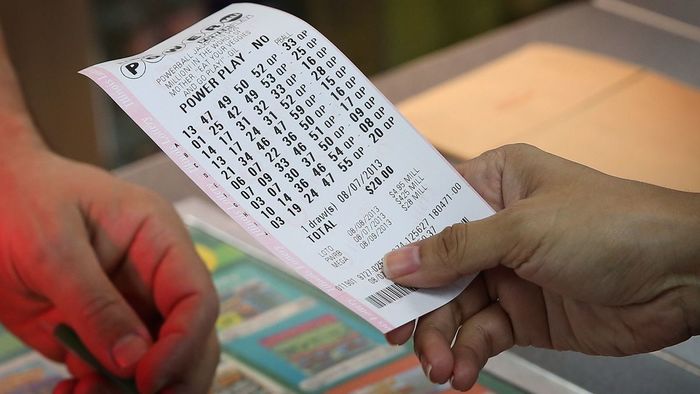 What Happens to Unclaimed Lotto Prizes?

It may seem unbelievable to any individual who loves to buy lottery tickets online or through retailers, but there are millions of dollars worth of lotto prizes that remain unclaimed every year. There was a report released in September 2015 by Australia’s lottery provider which states that over $14 million worth of lotto prizes in Australia were still unclaimed by winners.

The report indicated that there were seven unclaimed prizes of values worth over $1 million, three of which were worth over $2 million. You may wonder how this happened, especially since avid lotto players always check lotto results online. Who wouldn’t want to have millions of dollars falling from the sky into their lap?

Another reason why lottery winnings remain unclaimed is because players fail to personally review their ticket for a win. They solely depend on the store clerks who manage the terminals to tell them that they have the winning ticket. This could pose a problem because sometimes, lotto terminals can be faulty or the clerk does not operate the equipment correctly. Hence, the lotto win can be overlooked.

Other reasons why people fail to claim their tickets include simply forgetting to check if they’ve won, or losing their tickets. As an avid lotto player, you may find yourself swamped with numerous tickets on a given draw. That is why it would be easier to turn to online lottery tickets for easier management. Through the Internet, you can have a virtual copy of your ticket, access a lotto number generator and even check lotto results online.

Around the world, there are different rules regarding where unclaimed prizes go.

In Australia, there are longer claiming periods provided to winners compared to other countries. In the Australian Capital Territory and in New South Wales, winners can claim their prizes from the state lottery provider for up to six years. Winners through the Queensland lotto have an even longer time to claim their winnings – seven years. After the provided claiming period, if the winnings remain uncollected, the cash then goes to the state government.

Given that these winners have longer claiming time, it is unbelievable that some of the winnings remain uncollected. Maybe it is wiser to play lotto online because operators will inform winners, and some even deposit their winnings to their account.

Victorians are fortunate because their prizes do not expire. After six months, their winnings go to the state revenue office from which they can still claim their cash. If you joined a state-run lotto in South Australia, make sure that you claim your winnings within 12 months or the prize will be forfeited. Unclaimed winnings are then turned over to the state, but winners can submit an ex gratia claim in an attempt to retrieve their prize.

The same goes with lotto prizes in Western Australia. Winners have 12 months to claim their winnings before they are forfeited and transferred to the state government. The money will then be delegated to different community funds. While unclaimed prizes in Australia still go to good causes, it would still be a huge regret for you if you do not collect your lotto winnings. So, make sure you regularly visit HitYah to check Oz Lotto results, Australia Powerball Results or other lottery results.

The National Lottery is considered as one of the biggest lottery contests in the United Kingdom. Players can claim their prizes within 180 days after the draw. After learning that they’ve won, they can call the National Lottery line (0845 910 0000) or send an email ([email protected]) to register a claim. If the winner does not come forward or register their claim within the given period, the winnings, as well as the interest that the money has earned since the draw, will be passed over to the funds used to operate National Lottery Projects.

According to CNN Money, about $2 billion worth of lotto winnings remain unclaimed every year. A rough estimate of 114 prizes worth $1 million were not collected by winners in 2015. When prizes are not claimed within the given period, the lotto operators then transfer the funds to other projects. Lotto contests run by states use unclaimed winnings to fund government projects. In California for instance, the unclaimed prizes are used to support public schools.

On the other hand, other lotto operators return unclaimed prizes to players. They do this by running guaranteed jackpot and bonus draws. Moreover, a number of lotto operators use unclaimed winnings to enhance existing lotto prize structures.

In South Africa, lottery contests are enjoyed so much that a national lotto competition was organised. The South African National Lotto, as well as another popular lotto contest SportStake, allow players to claim their winnings within 365 days from the day of the draw. If the prizes remain unclaimed within the given period, the money is transferred to funds used to support charitable activities as well as healthcare and education projects.

How to Avoid Missing Out on a Win

You may be playing lotto on a regular basis, but due to your busy lifestyle, you don’t get to check your tickets immediately after every draw. One of the best tips on how to avoid missing out on a lotto win is to be organised. Keep a journal or an excel file where you can keep lotto draw schedules as well as your lotto numbers. If you’re using a smartphone, take advantage of the calendar app by typing in your lotto numbers in their respective draw dates. You can even set up an alarm to remind yourself to check your numbers.

The most convenient way to avoid missing out on a lotto win is by playing lotto online. When you buy online lottery tickets, the operators will notify you if your numbers come up. You won’t have to worry about keeping your lotto ticket safe and checking it after the draw.