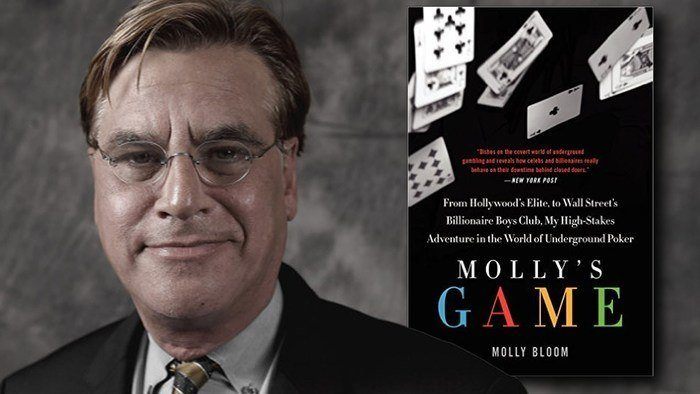 Notable screenwriter Aaron Sorkin is set to make a foray into directing with Molly’s Game. Sorkin was initially tapped to work as a writer, but has since been promoted to helm his very first movie. Taking on producer roles are Mark Gordon and Amy Pascal. The movie is based on Molly Bloom’s memoir, Molly’s Game: From Hollywood’s Elite to Wall Street’s Billionaire Boy’s Club, My High-Stakes Adventure in the World of Underground Poker.

Molly’s Game is the story of a former athlete who turned into a poker madam for the A-list. At the age of 21, Bloom was ranked #3 in North America for skiing. After getting her hopes for the Olympics dashed, she moved to Los Angeles and became a cocktail waitress. Though her California dreams started off in a not-so-glamorous way, Bloom made her way around the social circuit to become an organizer of underground poker games, later being nicknamed as the “poker princess”. Among the players she hosted were some of Hollywood’s biggest names, including Ben Affleck, Leonardo DiCaprio, and Tobey Maguire. She didn't host her big games in just any casino. The Viper Room was the original venue, but later moved on to booking private hotel rooms and villas in some of the best casino resorts.

Bloom’s life as a poker madam came to an end following an FBI investigation, which led to her sentence of one-year probation and a $1,000 in fines.

Given how Bloom’s clientele consisted of kingpins in their own rights, it should prove to be interesting if Affleck, DiCaprio, and Maguire find their likenesses in the film. The former poker madam did write positively about her clients in the memoir, save perhaps for the Spiderman actor who’s alleged as a moody player and poor tipper.

Sources say that Sorkin is hoping to put Molly’s Game on the fast track by meeting actresses at the soonest possible time. With his career in screenwriting earning him an Oscar for The Social Network, nominations for Moneyball, and awards buzz for Steve Jobs, the first-time director has piqued the interest of many people. Perhaps his notoriety can even let him off Maguire’s hook.

I, for one, am excited about this movie. Many people already consider poker as a mainstream game, but it’s great to see it being incorporated into something as big as Hollywood. Here’s to hoping Sorkin, Gordon, Pascal, and the actors they choose bring Bloom’s story to life.

If you want to find out why Hollywood’s elite and business moguls are into poker, you may want to check out the different online poker offers at our HitYah website. Try out a few games, grab some free bonuses, and enjoy! You can even get the latest news updates on poker, including developments on this movie.