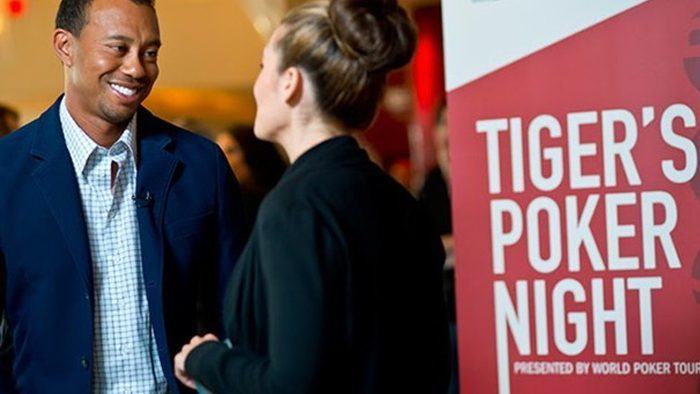 When we think about the poker industry, what comes to mind are the big dollar signs. With millions of players across the globe, casinos and poker sites rake in tons of money from their operations. Aside from the poker operators, a number of professional poker players have turned into millionaires, thanks to poker tournaments. We always hear news about Phil Ivey, Antonio Esfandiari, and Daniel Negreanu earning tons of cash along with their championship bracelets. The serious coin to be won is indeed a big factor why a lot of people are attracted to playing poker online and in casinos. There are even a number of popular Hollywood stars who turned into poker players!

But is poker really just about the money? The answer to that is “no”. You will be surprised to learn that a lot of poker sites and professional players actually dedicate a portion of their earnings to a number of noble causes. We’ve compiled some of the poker operators and people who have moved beyond winning pots of money, to lending their hand to charitable activities and programs.

1) PokerStars and Their Charity Work

PokerStars made headlines in the world of casino when it launched its online poker site in New Jersey – a big leap for casino gaming in the US. But aside from the launch, one of the biggest news released by this poker company was its partnership with the Garden State’s chapter of Autism Speaks. They announced that the partnership will start from April 2016 and moving forward.

PokerStars has a charitable program called Helping Hands which primarily provides support to several charitable institutions. Autism Speaks is an advocacy organization based in the US which conducts awareness activities as well as research and outreach programs. Helping Hands came forward to become the premier sponsor of this charitable organization.

Aside from providing support to Autism Speaks, there are also several other PokerStars charitable activities aimed at giving back to the community. The company organises poker tournaments to support worthy causes directed towards medical research, the preservation of the environment and assisting disadvantaged and devastated individuals around the world. A lot of people may not be familiar with the charitable works of PokerStars, but players, in particular, are aware that the company is quick to lend a hand when an opportunity presents itself.

2) PartyPoker and Their Fundraising Activities

Occasionally, online poker giant PartyPoker organises activities aimed at raising funds for certain causes. In the past, it has launched campaigns like “Restore the Shore” in an effort to help raise the money needed to repair the damage caused by Hurricane Sandy to the Jersey Shore. From 2013 to 2014, several live tournaments were held and the proceeds went to the noble cause. Just recently, PartyPoker hosted an annual fundraising tournament directed at supporting the Children’s Hospital of Philadelphia.

3) The Charity of Series Poker

There are also a number of organisations within the poker industry that are dedicated to raising funds to support worthy causes. Included among those is the Charity Series of Poker (CSOP). Founded in 2014, the CSOP is a non-profit organisation that holds poker tournaments and other events to raise funds for charities. It provides the channel which connects celebrities and professional poker players to communities and charities that need their generous support.

If you want to learn poker tips from pros, you better watch the CSOP’s tournaments. Featured in its charitable events are popular professional poker players like Chris Moneymaker, Greg Merson, and Carlos Mortensen as well as celebrities like Weeds producer/writer Matt Salsberg and FHM model Lacey Jones.

Even though Tiger Woods was not present at the Masters that won Danny Willet his first green jacket he was active in the poker and charity scene. Despite suffering from an injury, Woods was busy organising a high-stakes poker tournament to be held at the MGM Grand Hotel & Casino in Las Vegas on April 29. The event, dubbed as “Tiger’s Poker Night,” is sponsored by the World Poker Tour. It is a charitable activity aimed at raising funds for The Tiger Woods Foundation. This organization works to help young people succeed in life by providing education, scholarships, and after-school programs. Another popular poker figure will also be present during the tournament. A close friend of Woods, Phil Hellmuth will attend the event and handle emcee duties.

As you can see, poker is not just about making corporations and money rich. A lot of people in the industry still believes in making a difference by giving back to the community. So, the next time you play poker at PokerStars, you will feel a little happier than the usual knowing that part of the money you spend goes to support noble causes.