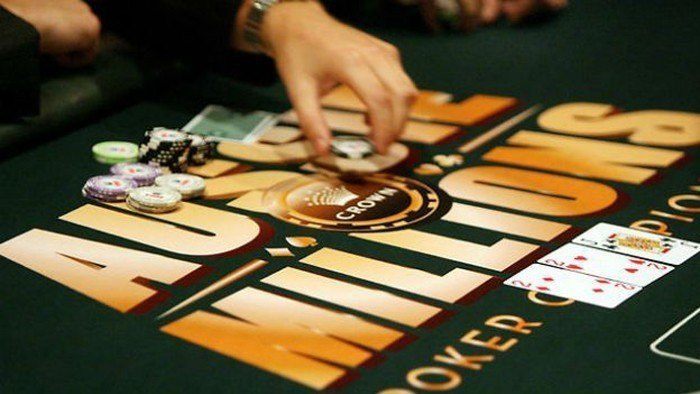 The 2016 Aussie Millions recently came to a close this past Monday. Known as one of the most popular poker tournaments in the world, the three-week long tournament hosted twenty-four different events from 13 January to 1 February. We've just updated all the latest results and Aussie Millions' winners for each event of the tournament.

One of the highlights of the tournament, this year's No-limit Hold'em Main Event saw 732 entries... making it the fourth largest field in the tournament's 19-year history. The final table featured a healthy mix of the poker world's best, including two top female players, two young stars, and three Australians.

The first elimination was Australia's own John Apostolidis, who was soon followed out by Kitty Kuo. The next two knock-outs were the remaining two Australians, Dylan Honeyman and Alexander Lynskey respectively. It was American Samantha Abernathy who took the final blow before the heads-up battle between Ari Engel and Tony Dunst. In the end, it was the Canadian Engel who took home the title of 2016 Aussie Millions Main Event champion and the first prize of AUD 1.6 million.

Here's a look at what the final table took away:

Engel's win did not come easy with Dunst on the other side of the heads-up battle. The epic duel lasted for 123 hands, 31 more than the hands it took for the five eliminations of the final table. Engel's win came when Dunst called to double up, only to find that his pair was no match for the other's top pair. While second-place prize of AUD 1 million is more than enough to make anyone smile, Engel just has a bit more to be happy about.

This latest win is arguably the most remarkable of Engel's amazing career. A regular at poker tournaments all over the world, the Canadian actually spent eight years of his life living in Melboune. Winning the 2016 Aussie Millions is something of a homecoming. Upon receiving kudos for his win, Engel replied with a huge smile saying "Thanks so much! It feels awesome!"

On top of the championship title and the prize money, Engel also racked up 2,280 Card Player Player of the Year (POY) points, putting him in the lead of the rankings. Dunst is currently fifth after his runner-up finish, while Abernathy is at fourth place. She also had a third-place finish in an Aussie Millions prelim event, giving her a total POY score of 1,536 just form this tournament.

Given that it's only the second month into the year, the POY rankings can still shift in favor of other players. With more tournaments and higher stakes around every corner, expect to see stories just like Engel's and Dunst's to excite the world of poker.

And if you're still just as excited as we are over one of this year's great poker events, then keep that inspiration on a high and head to our hints and tips for playing poker online. All of our online poker sites are reputable gaming sites, so choose from the range offer and find the best online poker sites for you.