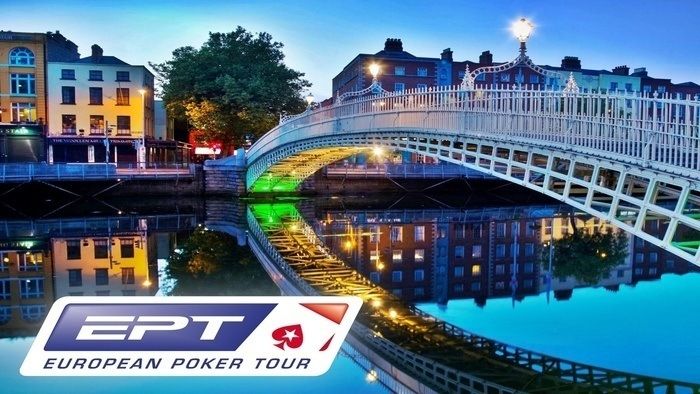 Dublin, Ireland is set to host the European Poker Tour (EPT) once again! This year marks the first time in eight years since the last EPT tournament took place, wherein American Reuben Peters won the main event prize of €532,620 after defeating one of the top female poker players, Norwegian Annette Obrestad. The 2016 tournament kicks off on 9 February and runs until 20 February.

Similar to tour stops of previous years, the Royal Dublin Society (RDS) will be the stage for this year’s tour. Built in 1731, the RDS is considered as one of Europe’s first-class venues. Not only is the RDS home to the Leinster Rugby team, the venue also welcomes musical legends such as Bruce Springsteen, U2, and Radiohead to name a few. This same location was also the host of the third stop of the EPT’s first season in 2004. Now on Season 12, Europe’s biggest poker tour is back in Dublin with the promise of exciting events that can give birth to new poker legends.

After merging schedules with the United Kingdom and Ireland Poker Tour, EPT Dublin’s schedule is jam-packed with a staggering 67 events with various poker formats and buy-ins. The EPT €5,300 Main Event will take place between 14 to 20 February, while the UKIPT €1,100 Main Event will play between 10 to 14 February. Over 148 players have already qualified for the EPT Main Event and 293 have won seats for the UKIPT Main Event. Some of the biggest names in the poker world are also confirmed to be playing, including Liv Boeree, Jake Cody, Jason Mercier, and George Danzer. Johnny Lodden, who is on a mission to break his own record for more EPT Main Event cashes, will also be part of the tournament.

The Main Events will undoubtedly be the highlight of the poker festival, but there are more events on the schedule which are sure to excite players and fans alike – namely four high roller tournaments! The €25,750 High Roller is set to take the stage between 12 to 14 February, the €10,200 Single-Day High Roller is schedule for 15 February, and the three-day €10,300 High Roller starts on 18 February. The UKIPT €2,200 High Roller is not to be missed on 13 to 14 February. In addition to the wide variety of tournaments that will go down, EPT Dublin attendants will also have the chance to participate in several ring games.

Anyone who’s interested in winning a seat to either tournament can play in live satellites that will take place in Dublin during the tour or via online rooms at PokerStars. If you’re just as excited as we are about this must-watch tournament, you can check out some fantastic online poker sites to get you on top of the action as you wait for the kick off!