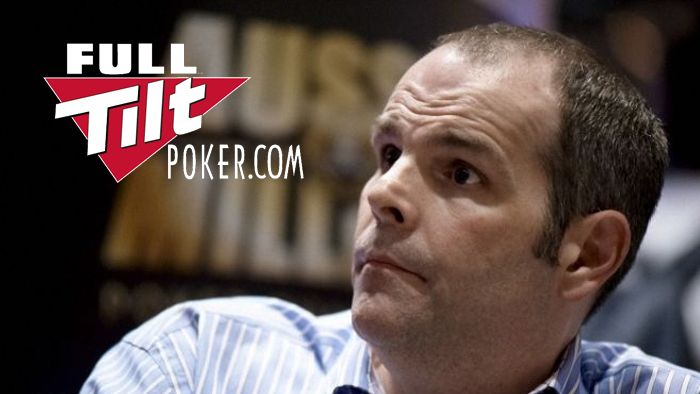 Many online poker players, including pros like Tom “Durrrr” Dwan, were victimized by Full Tilt’s infamous implosion. Now, five years after the indictments during what the poker industry refer to as “Black Friday,” Full Tilt Poker co-founder Howard Lederer apologizes to the players.

The day after the Full Tilt and PokerStars merger, professional poker player Daniel Negreanu posted a statement by Lederer to his Full Contact Poker journal. Negreanu has been known to be one of Lederer’s strongest critics after the demise of Full Tilt Poker. However, he mentioned that posting Lederer’s statement was “neither an endorsement or a condemnation.”

In the statement, Lederer extended his apology to the poker community and “especially to all the players who had money on Full Tilt Poker on April 15, 2011.”

On April 15, 2011, the US Department of Justice froze the bank accounts of Full Tilt Poker. Following this incident, it was disclosed that Full Tilt Poker principals were using a global Ponzi scheme to keep their business afloat. They relied on new player deposits just to keep the site from running. If it wasn’t for the fiscal bailout by former PokerStars owners Isai and Mark Scheinberg, players from Full Tilt Poker would still be left hanging and waiting for their money.

Lederer acknowledged that Full Tilt Poker destroyed the trust the players gave the site when they failed to provide an explanation for the “long delay in repaying” them.

The shortfall in player deposits should never have happened. I should have provided better oversight or made sure that responsible others provided that oversight.”

He claimed that when he stepped away from Full Tilt Poker in 2008, he was “no longer overseeing day to day operations.” However, he admitted that his “inattention in the two years leading up to Black Friday imperiled players’ deposits.”

What Led to Lederer’s Public Apology?

In the years following Black Friday, Lederer “focused a lot of energy on trying to refute allegations that were factually untrue.” However, he recently admitted that he failed to see “the bigger picture.” He kept on convincing himself that he was only a victim of circumstance and that criticism was being unfairly directed toward me instead of others.”

Lederer claimed that he came to his senses when a friend confronted him. While other poker friends shared poker tips from pros, Lederer and his friend shared truth bombs. His friend told him that the truth of the matter is that Full Tilt Poker players felt like they were lied to.

According to Lederer, his friend told him, “You were the face of the company in the poker community. Thousands of players played on the site because they trusted you. Many pros represented the site because they thought you were in control. And you happily accepted the accolades while falling short of their trust.”

Meanwhile, Negreanu expressed that he thought this apology came in a little too late for a lot of Full Tilt Poker players. However, he believed that the apology was sincere.