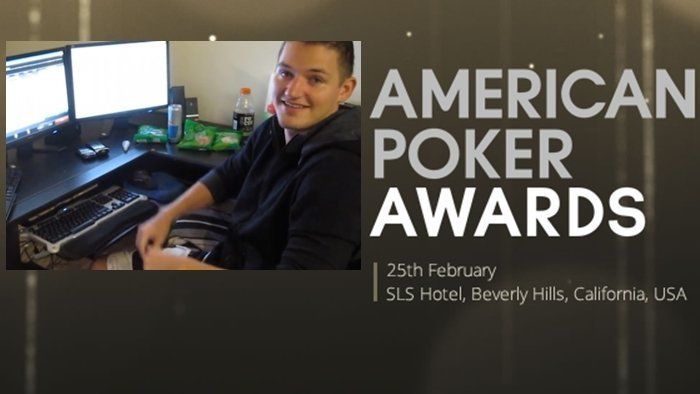 The 2nd Annual American Poker Awards is set to take place this 25 February 2016 at the SLS Hotel in Beverly Hills, California. In addition to honoring some of the poker world’s best players, outstanding operators, and exciting innovators, the Global Poker Index’s awards ceremony also honors personalities who have made significant contributions to the industry.

Their numerous contributions to the poker community in the past year warrant all of them as deserving, but Ingram is proving to be a huge person of interest among fans of the game.

Where it All Began

A respected High Stake Pot Limit Omaha player, Ingram aired his first podcast back in 5 February 2014. Considering his experience, the earlier episodes of his podcasts focused exclusively on the aforementioned format.

Incidentally enough, it may have been Ingram’s visit to Los Angeles for the first APAs that made him think about covering more aspects of poker rather than just Pot Limit Omaha. He later renamed the HSPLO Podcast to Poker Life Podcast.

This decision resulted in him quickly inserting himself into poker pop culture. One of the biggest events in 2015 even found its way in one of Ingram’s podcasts when PokerStars headline Team Pro Daniel Negreanu appeared in a live segment in November 2015 to debate the PokerStars VIP Program changes.

Ingram may not have the most impressive credentials, but his qualifications as a high-stakes poker player, longtime poker community contributor, and knowledgeable interviewer have catapulted the 31-year-old into an authoritative position.

Perhaps what makes Ingram a great choice among nominees is his professionalism. Despite having disagreeing views with those he interviews for his podcasts, he refuses to impose his own views. This can clearly be seen in his interviews with Negreanu and Chris Moneymaker. Both players were able to discuss their points without being interrupted or judged.

He may not have the biggest title among the nominees but Ingram is leading the way in the selections. His talent, knowledge, and professionalism can help the poker industry by providing a collaborative avenue between media outlets, players, online poker sites and forums, and fans.

This year’s APAs will be broadcast live online. The ceremony will be followed by the official Global Poker League Draft. Make sure to catch the latest news and updates on poker by visiting our HitYah website. You can even check out some of the best online poker reviews to find the right operator for you.