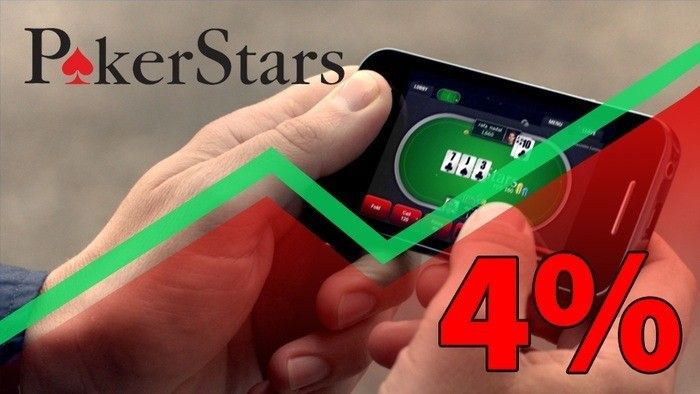 PokerStars to Introduce a 4% Rake Hike

New Jersey-based poker players may be brimming with excitement over the launch of PokerStars NJ, but players from the rest of the world are not likely as happy after the poker operator announced that it will increase its rake for select games.

PokerStars deemed the hike in rake necessary after studying the cut percentages from other poker operators like Party Poker, 888 Poker and the iPoker Network. The poker company plans to increase its rake by 4% across the board. Despite this, PokerStarks VP of Corporate Communications Eric Hollreiser pointed out that they will “still have the lowest overall pricing of any major online poker operator.”

Main Revisions Along the Rake Increase

The rake increase will be implemented on March 28 2016. The updated rake percentage is a result of analysing more than a million hands at the cash game tables on PokerStars from January 8 to March 7, 2016. PokerStars’ parent company Amaya used their data and compared it to other top poker sites with an eye to keeping the percentage still lower than what others charge.

PokerStars included a chart with their official announcement. Party Poker ring games are among the lowest at only 7% higher than PokerStars. 888 Poker has a higher rake percentage at 16%, and iPoker Network is higher by 19%. People who play online poker for real cash can expect to see how the new rake structure will come into play by the end of March.

If you have been choosing online poker tournaments on PokerStars, you would remember that the company last implemented a rake increase on November 3, 2014. There was an outrage from the loyal players, so the company announced a rollback on the rake on January 6, 2015. Players were also delighted that no rake increase would take place in 2015.

Needless to say, there is still a possibility of a rollback this year. On the other hand, even if the plan pushes through, it will still remain a fact that PokerStars offer the lowest prices as compared to its top competitors.