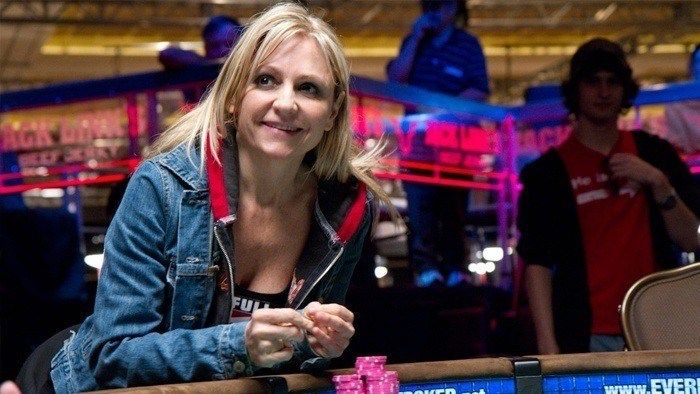 Top Contenders for the 2016 Women in Poker Hall of Fame

The Women in Poker Hall of Fame (WIPHOF) is now accepting nominations for its induction ceremony on 5 July 2016. New members and fans now have the opportunity to submit nominations of women they consider fit for the values that the hall embodies.

There’s been a buzz about who will make it to the hall—the women who are deemed worthy for induction into the WIPHOF. Here’s a list of the top contenders for the spots.

There is a reason why WIPHOF inductee Linda Johnson called Betty Carey a “pioneer for women in poker”. Carey was one of the most ruthless poker players in the late 1970s and early 1980s. She was known to play high stakes during a time where women at poker tables was still a foreign thought.

Mimi Tran’s poker career began in the late 1980’s. Rumour has it that Tran learned to play poker from Barry Greenstein. She was strictly a cash game player until Greenstein convinced her to join tournaments.

She may be best known from her final table run in the 2006 WPT World Poker Finals where she finished 3rd for over $472,000. Tran has earned over $1.6 million in live poker tournaments during her career. Tran usually joins live tournaments in Los Angeles, CA.

Lupe Soto’s contributions to the poker world make her a suitable candidate for the 2016 WIPHOF. She is known as the founder of the Ladies International Poker Series (LIPS) which is also the first major poker organisation for women. LIPS conduct poker tours around the US, providing venues for female players to expose themselves to live tournament play as well as build their network among other like-minded players.

Soto also founded the WIPHOF and sits as the Board’s Chair. Needless to say, her dedication and hard work count her as a deserving inductee for the WIPHOF.

Jennifer Tilly’s win in the 2005 WSOP Ladies Championship is considered to be a catalyst in women’s poker. The Ladies Event reportedly almost doubled the year after her victory, and since then, the attendance continued to grow.

To date, Tilly has earned $916,276 in live tournaments, and she has been featured on several TV poker shows. Her recent appearance is on Poker Night in America.

During her live tournament run from 1998 through 2009, Nani Dollison was one of the most respected players with major event victories around the United States. She is notable for being one of the two women in history to win the Ladies Championship in back-to-back years (2000 and 2001).

Dollison has largely retired from tournament play, and has $776,992 in live tournament earnings.

Kara Scott is a viable candidate for the WIPHOF due to her contributions as a player and as a TV host for various poker tournaments. As a TV host, Scott has worked for Poker Night Live, Sky Poker, European Poker Tour and ESPN’s World Series of Poker broadcasts.

Since the beginning of the Poker Boom, Shirley Rosario has been advocating for women in poker. Rosario launched and operated Poker-Babes.com—a site which provided details regarding female professional players.

Rosario is known as one of the best mixed game players on the West Coast circuit. Her notable winnings include the $500 Omaha Hi-Lo Event at the 2005 Legends of Poker as well as the $330 and $1,000 H.O.R.S.E. Events at the California State Poker Championships.

Even without a major poker championship bracelet, Karen Jett can still be considered as one of the most successful female poker players. In her career, Jett has made the final table of the Ladies World Championship at the World Series of Poker three times.

Jett has over $489,000 live tournament earnings, and she currently sits as a board member of the WIPHOF.

When the WIPHOF was formed in 2008, induction ceremonies were held annually until 2012. Every two years, the Women in Poker Hall of Fame selects among the ranks of women poker players and female industry leaders. Here are the inductees since 2008:

More information about the past inductees can be found on WIPHOF’s site.

Women who are considered to receive induction into the WIPHOF are required to meet five requirements laid out by the board. Here are as follows:

Anyone can submit nominations to the WIPHOF. The list of potential nominees will then be screened by the members of WIPHOF. They will evaluate the nominees’ qualifications and narrow them down to a list of finalists. After that, the panel which is comprised of current members of the Women in Poker Hall of Fame, the Board of Directors and selected media members will select the new inductees.