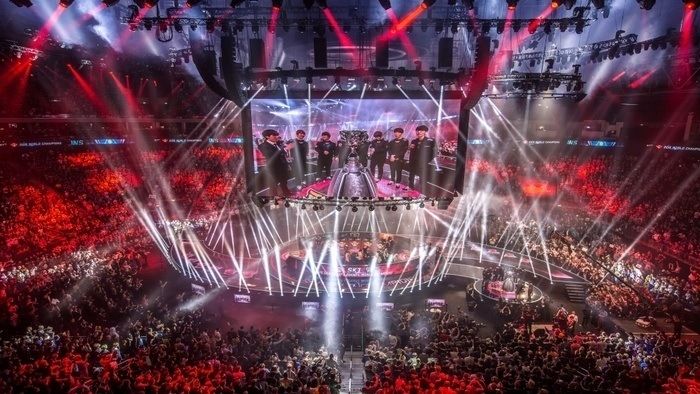 How to Bet on LoL eSports

Electronic sports, commonly known as eSports, have been taking over the gaming world in the recent years. eSports allows the best gamers to face off in a show of skill, intelligence, reflexes and teamwork across a variety of game types. It also opens the door to worldwide playing, regardless of where players are located. As part of the eSports system, there are sports betting sites that allow fans to participate in the action by putting wagers on who they think is going to win the tournaments.

Some of the most popular eSports games are Counter-Strike: Global Offensive, DoTA 2, StarCraft 2, and of course, League of Legends.

League of Legends (LoL) have professional gamers as well as competitive tournaments that encompass local and international circuits. These tournaments are regarded as major sports events. Just like the Counter-Strike: Global Offensive Major Championship, the LoL World Championship is aired and televised. The matches can also be streamed in full on video-on-demand (VoD) systems any time by players, bettors and spectators.

How LoL is Played

Leagues of Legends in a competitive setting is a 5v5 matchup where the victory lies in destroying the opponent’s nexus structure located at the other team’s base. The bases are connected to one another via three paths called lanes. The lanes are where teams engage one another.

Each lane consists of the following:

Each player controls one character called a champion. The LoL’s roster boasts more than 120 champions, all with unique appearances and play-styles. This makes it all the more exciting when it comes to electronic sports betting. The champions are divided into six classes called roles:

There are other aspects of LoL that can be considered, such as item purchases, bonuses and certain non-player characters. LoL is an extremely complex game with many facets, and all of this helps if you want to be successful with your sports betting opportunities.

The largest LoL tournaments are organized by Riot Games, the game creators themselves. In 2014, the pool prize of the World Championship was US$2.2 million. In order to get to the championships, every continent held its own regional qualifiers.

Nearly all of the sites that offer eSports betting will offer the chance of wagering on LoL tournaments. The most common kind of bets on LoL are match bets. Match bets are where you wager on a single game’s result. Draw bets do not exist here, so that means the odds are lower. This, however, is counterbalanced by the fact that there are no predominantly favored teams in LoL, which means the odds would very rarely skimp. If you prefer this kind of wager, you can place a bet using the latest eSports betting websites.

Another kind of bet is the outright bet. Outright bets pay off on the result of an entire league or tournament. You can bet on what team will win the entire tournament, or you can even bet how far a particular team will advance. Because there are so many variables at play when so many teams are involved, the odds tend to be higher with outright bets. Check out reputable betting sites like Bet365 Sports for your wagers. You can sign up for Bet365 and start placing outright bets for eSports games.

Before getting into some betting tips for eSports, you have to take note that LoL is a complicated game which is won by team effort, making victory forecasts an exceedingly intricate matter. As mentioned earlier, there are a wide array of champions that can be used and players have different playing strategies. This is what makes betting on LoL both fun and challenging.

One of the good metrics to look at if you are planning to place a wager through a top sports betting site is the team’s win rate. Now, this doesn’t just mean looking at how many times a team has won. You should also take note of the total number of kills, deaths and assists, as well as kill/death ratio.

Another thing you could look at are the player statistics of the team. You can look at:

All of these are great indicators of how a team would fare in a competition. The amount of gold and experience enables players to get stronger as the game progresses. That should give you an idea of how skilled a player and a team is when you bet using a trusted operator like William Hill Sports. You can use this information when you visit the William Hill Sports site and bet on a LoL gaming team.

This year, the League of Legends World Championship will be held in North America. The Group Stage will be held in San Francisco, before moving to Chicago for the Quarterfinals and then onto New York City for the Semifinals. The epic conclusion will be held at the Staples Center in Los Angeles on October 29, 2016. If you are planning to watch and bet on LoL live, then take note of these dates:

If you are looking into betting on eSports, then there is no larger arena than the League of Legends. Its success is nothing short of extraordinary, plus the game’s viewership and prize pools have grown immensely every year.

One of the things that make LoL different from other sports events like NBA betting or NFL betting, is that teams are dynamic. LoL tournaments have a low barrier to entry, meaning that it only requires that the players be good at the game. As a result, no two events are ever the same and this leads to a very different atmosphere when it comes to betting.

If you can’t watch the tournament live, don’t worry. Thankfully these matches are easily accessed through LoL eSports VoD. You can view everything that the live audience can, including the strengths and weaknesses of the players which you can use to your advantage when making your eSports bet!