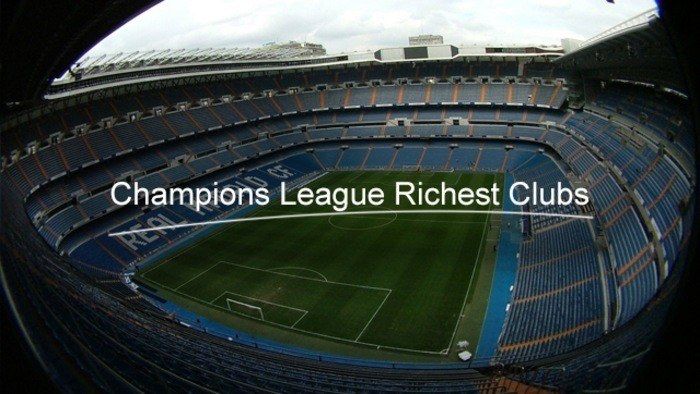 With only a few more months to the finals, a lot of excitement is building up for the remaining 16 teams in the UEFA Champions League. If you have always been curious about the market value of your favorite team or player, then check this out! Here's a peek at what it's worth to be playing in one of the world's most competitive sport.

The Belgian champions of this club are the best the country has to offer. Although there are only a few players who are well known, they rely on hard work and industrious midfield play to produce impressive results. The best player of the season is Sven Kums, who also happens to be the highest paid athlete of the team. Will they have what it takes to persevere and beat the online soccer betting odds? We'll find out!

Back in July 2014, Gent announced that Kums would join the team after signing a four-year contract. That summer Kums played a great season, and the club won the championship of the Belgian Pro League for the first time in history.

Depoitre is a target man who is able to hold up the ball well. His team-mates call him ‘The Beast’. This 27-year-old has bagged seven goals in the 25 games he has played for the club.

In December 2013, Sels joined AA Gent and made his debut at the quarter finals of the Belgian Cup in a game against KV Courtrai. He won the first match 1-0. Because of his skills, Gent became the champions of the 2014–15 Belgian Pro League. He was also voted Best Goalkeeper of Belgium 2015.

PSV Eindhoven are the only Dutch team in the competition. Though they struggled in the knockout stages, they have shown that they have some good players on board this season, including Luuk de Jong, Luciano Narsingh and Andres Guardado.

When De Jong made his official debut in 2014, he scored both legs and beat St. Pölten 4–2 in the third round of Europa League. In that same year, De Jong scored his first league goal for the club in a 2–0 win against Vitesse Arnhem.

Willems was the youngest Dutchman to participate in a UEFA competition when he competed against Hapoel Tel-Aviv. This season, he unfortunately sustained a serious injury and missed the first half of the 2015-2016 tournament.

Guardado is a Mexican athlete who plays for PSV Eindhoven mainly as a midfielder. He also operates as a left back or left winger when needed. He is popularly known as ‘Principito’, which means Little Prince in Spanish.

This season, the Ukraine champions fought admirably in the group stage of the Champions League. They held Chelsea to a 0-0 draw in the third game of the tournament. Their standout player is Andriy Yarmolenko who played with quick feet and wicked delivery. His excellent performance is necessary if the Dynamo are to have a chance against Manchester City. If you believe the Yarmolenko and the Ukraine Champions can hold off City once again in the upcoming match, then put your faith to the test and sign up for the newest online sports books!

When Yarmolenko first signed the contract to join the Ukrainian giants, he was placed in Dynamo-2, its second team that played in the lower leagues. But because of his notable performance, he was praised as the “new Sheva” by sports journalists for his good physique, shot, and speed. Now, he plays as left or center forward.

When Dragovic joined Dynamo in 2013, he helped win the first Ukrainian Premier League title in 6 years by defeating Dnipro. This 2015-2016 season, he scored his first UEFA Champions League goal in a game against Chelsea on the 78th minute. The team still lost to Chelsea, but it was an applauded performance.

This Paraguayan athlete plays for Dynamo as a striker and winger. He was awarded the Paraguayan Footballer of the Year award in December 2015.

Lead by striker Jonas and Konstantinos Mitroglou, Benfica performed with a nice blend of quality and experience that earned them 10 points and a 2-1 win over Atletico in the UEFA Champions League. The squad also featured its diminutive attacking midfielders, the most notable of which is Nicolas Gaitan.

This Argentine footballer displayed fantastic vision and technique, and has been the heart of the attacking talent of Benfica this season. He scored a goal and assisted a second goal that led to the win against Atlético Madrid, trampling on the soccer betting predictions that were against him.

Salvio is an Argentine athlete who plays as a right winger. When he transferred from Atlético to Benfica in 2012, the transfer summed up a club record of €13.5 million, which surpassed the €12 million paid to Barcelona to acquire Simão Sabrosa.

Jonas plays for the Portuguese club as a striker and an attacking midfielder. This season, he scored a hat-trick in a 4–1 win at Nacional, that increased his tally to 18 goals in 17 league matches. He also recently scored a last-minute goal in a game against Zenit Saint Petersburg at the 91st minute. This score delivered the 1-0 win in the first leg of round 16 of the Champions League.

This well-rounded squad has the ability to beat the top teams in the world on a great day. With attacking players like Bas Dost, Andre Schurrle and Julian Draxler, the German club can score goals against even the best of defenses, especially when the center-half duo Dante and Naldo come into play.

Rodriguez has been described as an accomplished defender who is noted for his ability to deliver pinpoint crosses. He is also known for his specialty for penalty-taking abilities, so he emerges as Wolfsburg's first-choice penalty taker.

Draxler is a fine footballer who plays as left winger. He is known for his skill to use both feet in the field. The speed and the power of his shot are also notable features.

Gustavo plays as defensive midfielder for both Wolfsburg and the Brazil National team. In season 2014-2015, he scored four goals in 29 matches which helped qualify the team for the group stage at the present UEFA Europa League.

In this season, the stand out athlete of the club is Hulk, Zenit’s most dangerous forward. This Brazilian winger causes a lot of problems for opposing defenses. If you are still not sure how to bet on soccer online, then Hulk is at least one player you can count on to deliver scores. Club manager Andre Villas-Boas is also noted to have been doing a great job. Both he and the Hulk are considered to be this season’s main assets.

It is no wonder, then, that Hulk is also the highest paid athlete of the team. He is described as "a direct powerhouse of a centre- or wide-forward who knows his way around the box" by FIFA’s official website. For those who may not know, he acquired his nickname because of his uncanny resemblance to Lou Ferrigno, the actor who played Hulk in The Incredible Hulk television show back in the 1970s.

In Zenit’s first match of the previous season, Witsel scored second goal in a 2-0 victory over Benfica. He typically plays as attacking midfielder, but he first came into the team as a right winger.

Garay plays for the Russian club as the central defender. It was only last year the he signed on with Zenit. The transfer was reported to have totaled €15 million, according to international press.

Roma features notable players this season, such as Radja Nainggolan, Francesco Totti and Daniele De Rossi. De Rossi has been one of the top central midfielders over the past decade. Although their performance has been good, Roma have been unable to match Juventus. They are, however, a tough team to overcome in a two leg knockout format.

This season, Pjanić emerged as one of the world's finest free-kick takers. By winter break, he had scored a total of seven goals and five assists.

Nainggolan debuted as a member of Roma only two years ago. When he began, he participated in the 1–0 home win over U.C. Sampdoria that led to Roma’s qualification to the quarter-finals of Coppa Italia. He has signed a permanent deal with this club during the 2015 off-season for a total of €9 million.

Sharing in third place is Mohamed Salah, Kostas Manolas and Alessandro Florenzi who each have a market value of €19 million.

Atletico once again has team players who are capable of challenging for Europe’s biggest honor this season. Diego Simeone has done a great job instilling the heart and desire to be the best, even without a natural head-start.

Griezmann is a French professional footballer who plays mainly as a forward. He scored both goals at Galatasaray last year in the Champions League group stage.

This Spanish midfielder is known for his quick passes, as well as the ability to create attacking opportunities.

Godin plays for Atletico as a central defender. He has spent most of his professional career with the squad, winning six major titles along the way.

This season, Juventus shows off their top class defensive structure to resist opposing attacks. With athletes like Claudio Marchisio and Paul Pogba, the Italian champions have the ability to score plenty of goals and steal victories.

Operating primarily as a central midfielder, Pogba is capable of playing both attack and defense. In Janary 2014, he was names as one of the ten most promising young players in Europe by The Guardian.

Dybala is known for his creative style of play and technique, which garnered him the nickname ‘La Joya’. He also has the ability to exercise control in limited spaces and hold up the ball for his teammates.

In a tie for third place is Leonardo Bonucci and Claudio Marchisio who are at €29 million.

Momentum seems to be the key to this club’s success. PSG have only lost one game all season, which was a 1-0 away loss to Real Madrid in the Champions League group stages. That accomplishment alone is phenomenal. With attacking players like Angel Di Maria, Zlatan Ibrahimovic and Edinson Cavani, the French champions have the ability to destroy any defense. With this winning streak, this could be the soccer team to bet on.