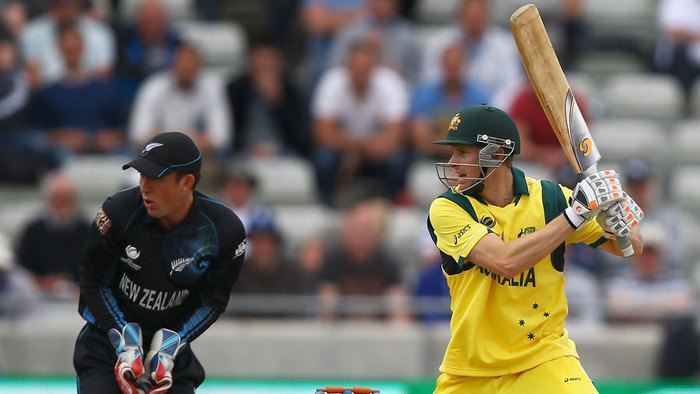 Were you at the edge of your seat watching the recent matches of the One Day International? Perhaps you were one of the many fans who put money on the line by cricket betting online. There was so much action in the recent matches, so here’s a recap of the results between the two national teams. Maybe this could help you the next time you want to wager through the best sports betting websites.

The Australia and New Zealand teams went head to head for the One Day International, participating in three matches last February 3, 6 and 8. The first match was held at Eden Park in Auckland, where New Zealand beat Australia by 159 runs.

This was New Zealand’s second largest ODI win over Australia in terms of runs. The bigger victory was a 206-run margin that New Zealand secured way back in 1986 at the Adelaide Oval. The match was fast-paced, having the first 14 balls brought in a single run. One of the match highlights was Brendon McCullum taking 20 off four balls from Josh Hazlewood. In the end, New Zealand tallied a 307 for 8 (Guptill, 90 and Nicholls, 61), while Australia was at 148 (Boult, 3-38 and Henry, 3-41).

At one point in the match New Zealand could sense victory at 197 for 6, but through the partnership of Mitch Marsh and John Hastings, the Australian team was able to whittle down its opponents. Hastings performed admirably, stepping up in the absence of James Faulkner. Hastings worked with the ball sensibly and guided Marsh towards the target. In the end, Australia succeeded because of the secure play of Marsh and Hastings.

The third ODI went down on February 8 at Seddon Park in Hamilton. The match ended with New Zealand beating Australia by 55 runs.

Josh Hazlewood, John Hastings, Scott Boland, Mitchell Marsh and Adam Zampa did their utmost to keep New Zealand in check, but at 94 for 4 it became clear that New Zealand held the victory.

As a gesture to their outgoing captain, the members of New Zealand honoured Brendon McCullum with a rousing defence of 246 (Guptill 59, Elliott 50 and Marsh 3-34). On the other hand, Australia ended the game at 191 (Khawaja 44 and Henry 3-60).

Were you surprised by the outcomes? There was truly a lot that both teams brought to the field. We just can’t wait for the next time they face each other and fight for the Chappell-Hadlee Trophy. If you’re feeling good about your next bet, then check out the 365 betting site! Bet365 is one of the most recognised bookmarkers in the gaming world. Simply visit the Bet365 website and start wagering on your favourite player or team!