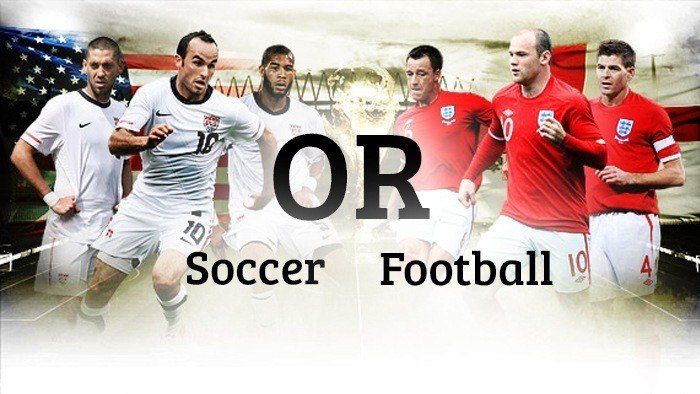 The real answer to: 'Soccer' or 'Football'?

You would think that the Americans have the answer to that question lies hidden in their rich sports culture. However, in a study conducted by Professor Stefan Syzmanski of the University of Michigan, it was discovered that the term ‘soccer’ actually traces back to Britain during the end of the nineteenth century.

The Oxford English dictionary states that the first recorded use of the term ‘football’ in English dates back in 1486.

In 1863 in England, association football and rugby football began to branch out on their different paths. That was also the time when football’s first governing body – the Football Association in England – was formed.

Syzmanski analysed the usage of soccer and football from the 1900. He learned that while other variations of the game started to develop – including rugby football – the Brits started to use colloquialisms to differentiate each game.

Also mentioned in his paper that the Brits shortened the rugby football game to ‘rugger’. Apparently, the Brits have a habit of shortening long phrases and adding -er at the end. It is believed that soccer is an abbreviated form of association football with an -er suffix – just like the term ‘rugger’ for rugby football.

Syzmanski mentioned in his paper, “Americans have long referred to Association football as 'soccer', to the point where many people believe it is fact a word invented in America.”

A lot of people even associate the American use of the word ‘soccer’ to cultural hegemony and American imperialism.

During the early 1990s, Americans developed their own version of the game and simply called it ‘football’.

Differentiating the two games, the Americans refer to ‘association football’ as ‘soccer’ and ‘gridiron’ (colloquial term in Britain) as ‘football’.

Usage of the Term ‘Soccer’ in British Publications

According to Syzmanski’s paper, the term ‘soccer’ was less used in British publications since 1980. Towards the decline, the term was only used to refer to an American setting.

Syzmanski added, “This decline seems to be a reaction against the increased usage in the US which seems to be associated with the highpoint of the NASL around 1980.”

Soccer and Football Around the World

Over the past centuries, association football has gained international popularity not only in Britain and the US, but also in other European, Asian, African and Oceanian countries. In 1904, the Fédération Internationale de Football Association or the FIFA World Cup was founded. Over 200 countries are eligible to join the competition to qualify for the finals.

Football has reached a wider scope of audience with the emergence of the Internet. Nowadays, fans of the sport can stay at home and stream football matches online. Betting enthusiasts can even place 'soccer' or 'football' wagers online.

Football has evolved through the centuries, but one thing still remains true – all of its variations undeniably stem from a common root.

So is it Soccer or Football?

Short Answer: Both are correct, it all depends on where you live, what is used socially in your group of friends and colleagues use along with what you feel is correct. Both 'Soccer' and 'Football' both are an accurate term, and both will be understood world wide!