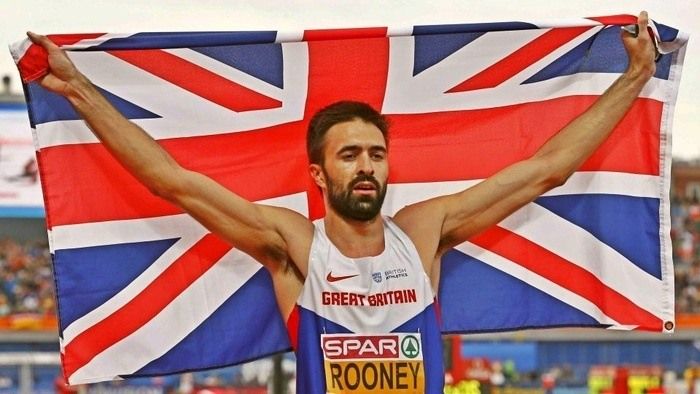 UK Athletes to Watch Out for in the Rio Summer Olympics

Four years ago, Great Britain finished third in the medals table at the London Olympics Games. Britain won 29 gold medals and a total of 65 medals. This year in Rio, the athletes of Great Britain are aiming for glory once again. With 366 participants spread over 25 sports, let’s take a look at the athletes to look out for in the remaining events of the 2016 Olympics.

Nicola Adams is an English and British boxer who was the very first woman to win an Olympic boxing title. She was the gold medal winner in the flyweight category at the London 2012 Olympics. Her Olympic win was followed by a victory at the Commonwealth Games in 2014, and a title at the 2015 European Games in Baku.

This year in Rio, Adams will get a chance to become the first British boxer to win two Olympic titles since Harry Mallin in 1924. If you already know about popular boxing betting methods, then wager on Adams to win and you might just earn a hefty profit!

At London 2012, a 15-second penalty for Jonny Brownlee denied the brothers a one-two finish in the last Olympic Games. Still, Jonny managed to finish in third, while Alistair bagged the gold.

During the first week, Smith and Whitlock have already added to Britain’s medal count. Smith finished in second place in pommel horse, while Whitlock finished in first place for the same event. Whitlock also won the gold for men’s floor and the bronze for individual all-round.

Back in the 2008 Beijing Olympics, Smith beat all the sports betting odds when he became the first British athlete in a century to win an individual gymnastics medal when he finished in third for pommel horse. Four years later in London, he took the silver in the final of the men's pommel horse. He actually received the same score as Hungary's Krisztian Berki who took the gold. Berki edged him out because of having a higher execution score.

Smith also won a bronze medal at London 2012 for the all-around event.

Whitlock won the gold at the 2015 World Championships, and also claimed a silver medal for the team event. Earlier this year, he also won a gold medal at the Glasgow World Cup.

With all of the individual events finished at the Rio Olympics, check out Smith and Whitlock perform together at the men's team all-round. See if they can add another gymnastics medal to Britain’s already impressive tally.

At 6 feet 6 inches and weighing around 240 pounds, Joseph Joyce looks as well as he could be for the men’s super heavyweight division in Rio. Joyce qualified for the Rio Olympics by winning the gold at a European qualifying tournament in Turkey. If you think he has what it takes to topple the best boxers in the world, then place a bet at one of the top sports betting sites for Olympic events.

Fun fact: Outside the ring, Joyce is a talented painter. He studied fine arts as a university student. Joyce has expressed plans of setting up a studio once his boxing career ends.

Twenty years ago, Kate and Helen Richardson-Walsh were young hopefuls who began to develop into world-class hockey players. Through the years, they have been mainstays for a number of Olympic Games. The two were key components of the British team that won the bronze at the London 2012. They were also winners at the 2015 EuroHockey Championships. Now, they are making a comeback at Rio de Janiero. And after being wed three years ago, they will also be the very first same-sex married couple to represent Britain at an Olympic Games.

Last year, Helen was suffering from a back injury, but has successfully recovered following surgery. Kate is Britain’s most capped player and serves as the team’s captain. She initially had plans to retire in 2014, but changed her mind and signed up for the 2016 Olympic Games.

The two are considered as leaders in the team. Will they lead Britain closer to a gold medal? China, Argentina and Australia will be stiff competition, but if you think that they can defeat all opponents, why not put some money on it? Check out Winner Sports online for some great promotions you can use when you place a bet on an Olympic event.

UK Winners at the 2016 Rio Olympics

With only one more week to go, the athletes of the UK will go their best to add to the medal tally. So far, the country has won 15 Gold medals, 16 Silver medals, and 7 Bronze medals.

Here is a look at all of the UK Olympic winners:

1) Olympic Medals of the UK (Gold)

2) Olympic Medals of the UK (Silver)

3) Olympic Medals of the UK (Bronze)