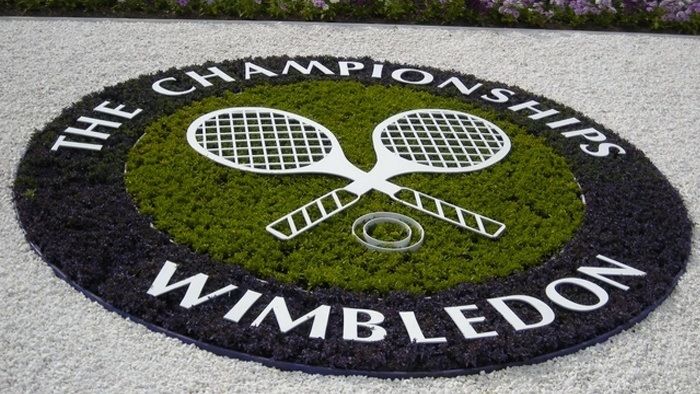 Wimbledon 2016 will start on Monday June 27th from the world famous All England Lawn Tennis and Croquet Club. Coming off of her first ever Grand Slam win, Garbine Muguruza looks to continue her momentum in women’s tennis. Of course, rival Serena Williams will be standing in the Spaniard’s way, as she attempts to finally capture her 22nd career Grand Slam win. However, a dark horse could emerge as the 130th edition of the competition kicks off at the end of the month.

Tournament favourites’ odds may vary between even the best online sportsbooks, but you'll find they sit somewhere on or near here:

For all the details on Wimbledon 2016 - the schedule, rostering details, prize money, descriptions of the courts and sponsors - take a look at our Ultimate Guide to Wimbledon 2016.

Williams is still one Grand Slam win behind Steffi Graf for second all-time in wins. Williams has been a beaten finalist in both Grand Slam finals in 2016, and has failed to win all three of her last Grand Slam tournaments after winning four straight between 2014 and 2015. Williams won last year’s Wimbledon beating Muguruza, who is currently Williams’ number one rival. Williams is the number one ranked women’s tennis player in the world, and once again has the opportunity to win her 22nd Grand Slam title.

The Spanish tennis star will play in her fifth Wimbledon Championship this year. The 2015 edition saw Muguruza make it to the final where she lost to Williams in straight sets. Until making it to the final a year ago, Muguruza’s best Wimbledon performance saw her get no further than the second round. In fact, the Spaniard’s performances have been mixed outside of the French Open and Wimbledon. The world number two is second favourite to take the title at Wimbledon, but will most likely have Williams in her way again if she can make to the final.

The world number three has performed well at the All England Lawn Tennis and Croquet Club over the years. In three of the last four competitions, Radwanska has made it to the semi-finals or better. Last year the Polish star lost to Muguruza in the semi-finals in three sets. Radwanska boasts a 78% win percentage at Wimbledon, the highest of any Grand Slam tournament, and she performs well on grass. Another run to the semi-finals won’t be unexpected.

Angelique Kerber is still beaming after her first ever Grand Slam win earlier this year at the Australian Open. Despite being pushed hard by Williams down under, Kerber defeated the American in three sets. Currently the world number four, the German has reach the quarter-finals or better in two of the last four years. Her French Open first round defeat was a disappointment, but she is expected to do better at Wimbledon.

The new kid on the block, Madison Keys is one of the top up and comers in women’s tennis. Keys’ performance at the AEGON Classic Birmingham was brilliant, and the American is having some of the best performances of her young career. The Classic Birmingham tournament saw Keys win her second career title, and she is expected to crack the WTA top 10 in the lead up to Wimbledon. This year has already seen Keys reach the fourth rounds at the Australian and French Opens. However, it has been her performances in non-Grand Slams that has been most notable. She appeared in the finals of the Rome Open and the AEGON Classic Birmingham. In Rome, Keys lost to fellow American Williams in one of her highest profile matches yet. She is on the rise and could be seen as a dark horse at this year’s tournament. She will be the one to take the torch from Williams as American’s top female tennis star.

The world’s current number six, Victoria Azarenka, has reach the quarter-finals in three of her last four Grand Slam tournaments, including last year’s Wimbledon. The former Australian Open winner didn’t play well at Roland Garros, and is an outsider’s choice to make it to the Wimbledon final. Last year, Azarenka was beaten by Williams in quarters. If she can stay injury-free, the Belarussian should get back there.

Despite being ranked outside the WTA top 10, Petra Kvitova is considered one of the favourites at Wimbledon. Kvitova has been excellent at Wimbledon, better than any other Grand Slam she has played in during her career. It is the only Grand Slam tournament she has won, doing so in 2011 and 2014. She has reached the semi-finals or quarter-finals three times, and this year, despite playing poorly at the AEGON Classic Birmingham, Kvitova looks a good choice to make it deep into the tournament.