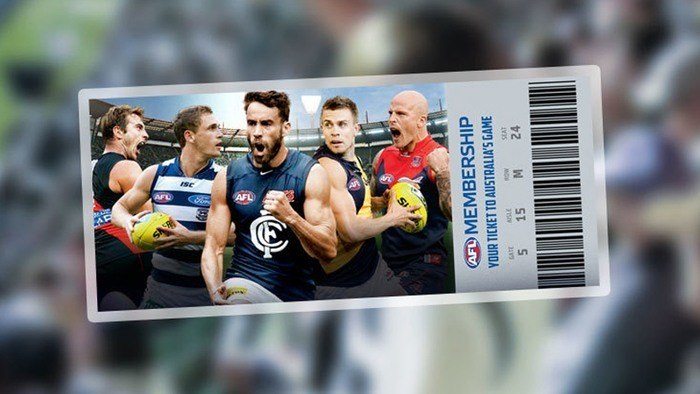 Viewership may look positive for the A-League finals, but the situation is the opposite for the Australian Football League. In a recent report, the number of AFL club memberships has dropped by 56,000 against figures from 2015. While the numbers look positive for four clubs who grew their memberships in the past months, the figures were not so good for the fourteen other AFL clubs.

More and more Aussie punters bet on football online and this is also reflected in the steady growth among Adelaide, Geelong, Port Adelaide and St Kilda club memberships. Once again, they have exceeded their previous numbers.

Once again, Collingwood suffered the biggest loss as its memberships dropped by 20,000. Essendon followed at around 10,000 short from its membership number from last year.

Even though Carlton finished at the lower half of the ladder last year, it is still showing positive signs of surpassing its figures this year.

Down at the bottom of the list, we see Gold Coast and GWS Giants struggling to reach their figures last year.

About the Australian Football League

Also known as Aussie Rules or Footy, the Australian Football League is one of the country’s biggest sports, played professionally by 18 teams. People who bet on Aussie Rules, as well as fans, are one of the most serious sports followers across the globe. The AFL has the fourth highest average attendance of any domestic sports league in the world.

Eager to learn about Aussie Rules betting? Read our article about betting on the Australian Football League so you can start placing your wagers now!