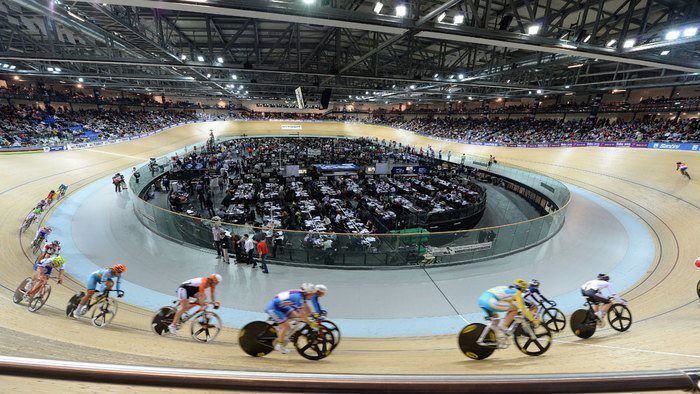 We hope you used your sports betting bonus codes on the UCI Track Cycling World Championships 2016 because the results are already out. The event which was held in London, England concluded on 6 March 2016 with the Great Britain team winning the most medals. If you viewed cycling betting odds on Coral Sports, you will see that at the beginning of the week the Great Britain team came in at a poor start, but they managed to close the event with a bang. The GB team claimed two medals in the women’s omnium and the Madison.

16 nations competing for the final gold medals of the 50-kilometre Madison. The competition within the event seemed aggressive, and a couple of teams achieved a lap on the bunch, placing themselves at an advantage to gain the title.

Colombia was one of the countries vying for the Madison title with their freshly crowned omnium athlete, Fernando Gaviria. Other countries which stole laps were France, Switzerland and Australia.

However, despite finishing the sprint at sixth place, Mark Cavendish and Bradley Wiggins owned the event when they gained the most points during the race’s first half. They faced an enormous challenge of stealing back the lap from the aforementioned teams. They waited until the last 20 laps when Wiggins was just behind Spain’s Albert Torres. The two teams worked hand in hand to lap the field, but still fell behind Australia. By this time, bettors were closely reviewing cycling betting odds on Sports Bet.

All they had to do then was remain close to the front until the finish, but this was easier said than done. During the closing laps, Cavendish crashed in a bend when he touched wheels. But he managed to pull himself together and even help the GB team finish sixth in the final sprint.

Bettors who used their sports betting bonus codes on the GB team were definitely in luck this time. Despite finishing at sixth place, Cavendish and Wiggins still won the most points which made them win the Madison title. This was the pair’s second world title after winning in the same fashion in 2008.

Even before the event started, Laura Trott was one of the cyclists expected to perform well in the 2016 Track Cycling World Championships. She did not disappoint fans when she rode with assured points and sealed the gold in the Omnium.

Leading in the sixth and final event by 12 points, Trott stretched out her lead on the overall standings by taking 17 points across the 10 sprints.

It was also exciting to watch Sarah Hammer (USA) and Laurie Berthon (France) compete for the second place. After going neck to neck for much of the race, it was Berthon who snatched the silver medal when she won the final sprint.

According to Trott, her coach advised her to do her best to win the first sprint and after doing so, she could relax a bit. New bookmakers online were wise to feature this event because Trott did exactly as her coach taught her and she remained prominent in other sprints while marking Berthon and Hammer.

After the epic win, Trott is now prepared to face her opponents at the Olympics. She shared, “The Olympics is no different, I’m going there to win and I’m looking forward to it now.”

Germany’s Joachim Eilers ended the week in London by winning a gold medal in the men’s Keirin event. Among his opponents, Eilers performed the strongest in a sprint. At the beginning of the sprint, he already came front and managed to maintain his speed until the chequered flag.

Eilers shared his thoughts during the sprint, “I rode two laps at the front and no one was able to catch me – it was absolutely crazy.”

Get ready to use your sports betting bonus without deposit because the German cyclist remains optimistic about his performance in the upcoming Rio Olympics. He shared, “I won two World Cups, was the World Cup leader, and now world champion, so I hope at the Olympics I can do it again.”

China’s Tianshi Zhong was a prominent performer during the women’s sprint event. During the semi-finals, she beat Germany’s defending champion Kristina Vogel and comfortably went ahead Lin Junhong, sealing an all-Chinese final.

To gain an advantage over her competitors, Zhong needed to win two rounds. The final lap was led by Junhong until Zhong went past her with ease.