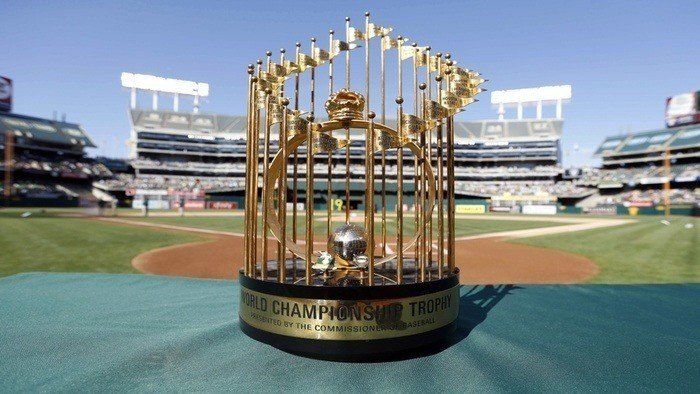 The 2016 Major League Baseball season kicks off on 3 April. Fans of sports betting for baseball may think it’s too early to make predictions, but we at HitYah think it won’t hurt to start taking in all the facts. With all the player movements that have gone on and win totals about to be revealed soon, wagers are sure to be affected.

So what has happened in the offseason that can pose a major impact on the road to the 2016 World Series?

The Arizona Diamondbacks snagged he pitcher they wanted… but getting Zach Greinke on their lineup cost them a staggering $206.6 million. He still lives up to his infamous quote from 2013 when he said that he’s willing to play for the worst team if it means they pay the most.

Even without the win totals, every baseball fan knows that the Diamondbacks were among the worst last season. Some people may not agree with Greinke’s ideology, but he does back it up. Last year, the Cy Young runner-up threw 200 strikeouts. It’s his amazing talent that Arizona needs in their pitcher rotation.

Despite winning a World Series ring with Kansas City, Johnny Cueto is out of the American League. The San Francisco Giants shelled out $130 million. It may not be as big as what Greinke got, but the Dominican pitcher has an interesting opt-out clause that can see him leaving for more money at the end of 2017.

And this is the Giants we’re talking about. They’ve always looked and felt like one of the best rosters every season, and they only got better in the offseason. Considering how the team has won 3 World Series championships in the past 10 years alone, these guys are favorites among industry experts and fans, as well as favorites of bookmakers and bettors.

The Dodgers may have lost out on Greinke, but they did land Alex Anthopoulos. Considered the most coveted free agent in the entire game, the former VP of baseball operations for the Toronto Blue Jays now finds himself at the front office of the LA team.

With their multi-billion-dollar account, everyone knows how quickly the Dodgers spend money. Having Anthopoulos on their side gives them the ability to make mid-season moves that turned the Jays from longshots to World Series favourites.

The Jays lost to Boston in the bid for David Price. The pitcher may not have lived up to expectations in the playoffs, but he was golden in the regular season. It’s likely the reason why the Red Sox offered him $217 million over 7 years. Would you believe that Toronto didn’t offer him a contract at all?

Experts say that it has a lot to do with Anthopoulos’ departure. Toronto may be acting cool about it, but losing him to the Dodgers is a big deal. Injuries are always a concern and the former VP won’t be there to pull off deals the team may need in case of those odds.

Though they’ve lost Cueto and Ben Zobrist, the Kansas City Royals remain a solid team by keeping Alex Gordon for $72 million over 4 years, and Mike Moustakas for $14.3 over 2 years. It looks like a bargain for the Royals but these players seem to know that you can’t find what the team has built elsewhere. In two years, Kansas City has recorded 184 games and 7 World Series matchups. No amount of money can compete with that. Regardless what the odds may say, the Royals remain one of the best teams in the entire league.

Baseball players and executives making big moves can leave a lasting impression on any team, and it’s sure to play a role with how online sports betting is going to look once the season starts. To read all about the latest updates on the 2016 MLB season, including team standings and betting odds, check out our HitYah website.