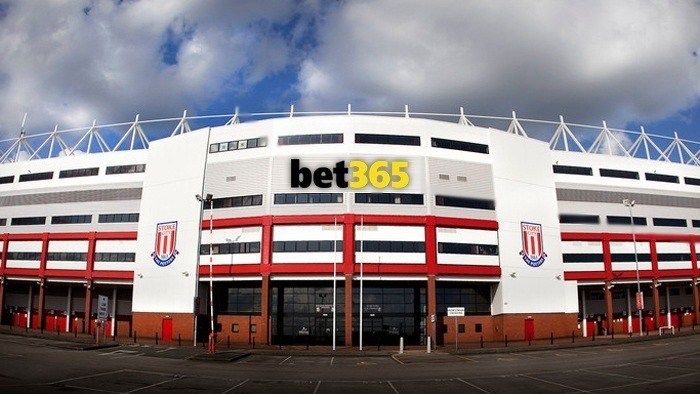 Placing football wagers on Bet365 will be more exciting as Britannia Stadium in Stoke City will be reinvented and renamed to Bet365 Stadium. By the beginning of the following season, this stadium’s capacity will increase to more than 30,000. Can you imagine doing in-play betting while watching your favourite team compete inside the Bet365 Stadium?

For years, this stadium has been named after the club’s sponsors – previously Britannia Co-operative Bank. Just recently, Stoke City’s administration went into a six-year deal with Bet365 with the latter extending the shirt sponsorship deal for three years more. That definitely gives you plenty of chances to watch the English Premier League in person, and get all the latest Premier League results from hitayh.com.

Announcements have been made regarding the plans to redevelop the stadium. This includes creating 1,800 more seats by filling in the corner between the Marston’s Pedigree and the DPD stands. Get your Premier League tickets ready because the construction will be finished in time for the commencement of the 2017-2018 season!

Britannia Stadium was reinvented as a means of generating more income for the Stoke City Football Club. Stoke City chief executive Tony Scholes said, “The Premier League is constantly evolving and to ensure that Stoke City remain as competitive as possible it’s important we explore as many ways as possible of generating revenue.

As supporters are no doubt aware the Britannia brand no longer exists and it was important that we attracted a new stadium naming rights partner.”

We might be seeing more sports betting bonuses from Bet365 given the fact that the sportsbook gained more global exposure with their shirt sponsorship deal with Stoke City. According to Bet365 joint executive and Stoke City vice chairman John Coates, the online sportsbook has gained enormous benefits from the agreement with the club.

Coates shared, “We have been looking to extend our portfolio of sports sponsorship and entering into a stadium naming rights agreement with Stoke City seemed a natural fit, especially as the city of Stoke-on-Trent is home to Bet365.”

Stoke City Football Club, which currently ranks ninth in the Premier League, previously had their home stadium in Victoria Ground. After gaining sponsorship from the Britannia Co-operative Bank, the club moved to their current home ground in Stanley Matthews Way. The stadium was officially opened in 1997 by English footballer Stanley Matthews. In commemoration of his contributions to the football league, Matthews’ ashes were buried underneath the centre circle of the pitch.

After gaining sponsorship from popular sportsbook Bet365, the Britannia Stadium was renamed to Bet365 Stadium. Aside from featuring football games from the Premier League, the stadium has hosted other events including concerts from popular performers like Elton John, Bon Jovi and Bryan Adams.