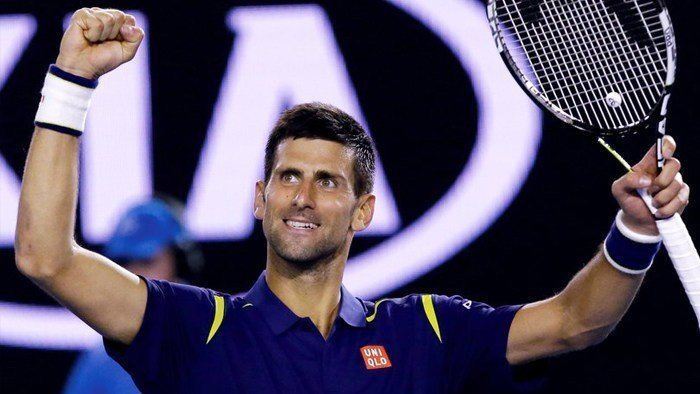 Who can stop Roger Federer? Novak Djokovic! Novak is now set to play for his sixth Australian Open title.

Yesterday’s four game semi-final match saw Djokovic take the first two sets easily, with a good comeback win for Federer in the third set. But it just wasn’t to be. Djokovic took out the match 6-1, 6-2, 3-6, 6-3. Yet another mighty win for Djokovic over the living legend that is Federer.

Djokovic won three Grand Slams in 2015, including the Australian Open, and now his 2016 is looking like it’s off to another triumphal year. Over the past eight years, Djokovic has dominated the first Grand Slam tennis event of every year, the Australian Open, with title wins in 2008, 2011, 2012, 2013 and 2015. Switzerland’s Stanislas Wawrinka won against Rafael Nadal in 2014, Federer took out title against Andy Murray in 2010, and Nadal beat Federer in 2009.

Federer struggled to match Djokovic, the current world No 1, who was fierce in pace, form, focus and sheer determination. In Djokovic’s own words, “It’s important that at the end of the day your convictions are stronger than your doubts.” As Federer stated, “Novak right now is a reference for everybody. He’s the only guy that has been able to stop me of late.” As professional and graceful off the court as he is on it, it’s always world class action with Federer. He and Djokovic have faced each other many times before. And, as we all hope, will do so once again perhaps at Melbourne Park’s centre court in the Rod Laver Arena in 2017.

The question is now, who can stop Djokovic? Right now, it’s looking like no one can. And it would be easy to bet that the whole of Australia is very happy about that.

William Hill, the Australian Open’s gambling sponsor, have good odds for Djokovic to win at 1.17. And, unsurprisingly, more good odds for Serena Williams to take out the women’s top prize too with odds of 1.15.

Both Djokovic and Federer are favourites of local Australian fans and the world. Both are beloved for their sportsmanship, professionalism and their extraordinary skills when it comes to playing championship tennis. In the end, both are just really likable guys. Two great guys who play awesome tennis. Looking into the future, it’s going to be outstanding to watch these two continue into further Grand Slam events. We look forward to seeing Federer back here in the 2017 Australian Open. 2016 looks like it’s already in the bag. As Federer said about Djokovic, “When he gets on a roll, it’s hard to stop.”