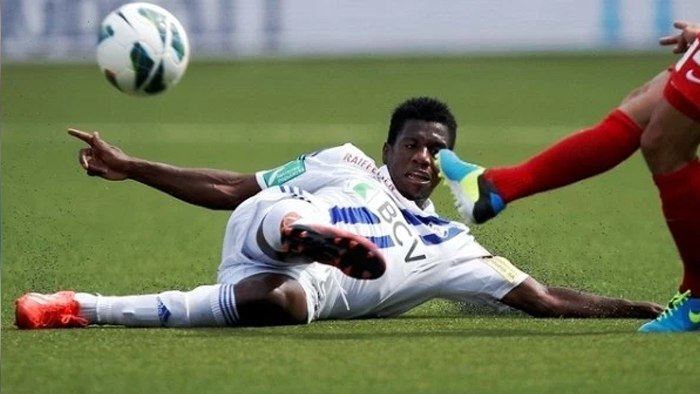 The international football community is reeling from the loss of Dinamo Bucharest and Cameroon footballer Patrick Ekeng. Ekeng, aged 26, died during a match on Friday night having suffered a suspected heart attack. He collapsed in the midst of playing a Romanian league match at the 70th minute into the second half of the game, only seven minutes after he substituted for a teammate. An inquiry by Romania’s interior ministry into Ekeng’s death has revealed that the ambulance company that drove him to the hospital had faulty equipment and expired medicine.

The match last Friday was Viitorul Constanta Vs. Dinamo Bucharest – Ekeng's club team. Paramedics failed to resuscitate Ekeng on the field and he was pronounced dead two hours later at Floreasca Emergency Hospital. The Romanian Football Federation (FRF) announced the postponement of all soccer matches scheduled for the week in the wake of this tragedy.

After Ekeng’s death, FIFPro – world football’s players’ union – raised concerns about the level of first-aid treatment for players of soccer games in Romania. They said, “It is clear that some Romanian clubs have a history of skimping on medical facilities.”

The interior ministry has suspended the licence of Puls – the private company that owned the ambulance – for at least 30 days and imposed a fine of £4,185 after their investigation revealed that the ambulances of the company had defibrillators with expired batteries and expired medicine for use in resuscitation procedures.

Ekeng's agent, Hasan Anil Eken, told local media, “The ambulance arrived late. Actually there were three ambulances around the stadium but none of them had a defibrillator.”

The results of Ekeng’s autopsy are scheduled to be released next week.

The loss of the midfielder has caused overwhelming grief among the soccer community. Ekeng's mother Celine Chemi gave a statement about the untimely death of her son: “It is difficult to talk about my son at this moment, but I believe in God and submit to his will,” she said. “If this is football and the life of professional players then this calls for reflection.”

A statement released by Dinamo on their official Facebook page read: “Dinamo tonight lost footballer Claude Patrick Ekeng forever. On behalf of all of Dinamo, sincere condolences to the bereaved family. God rest his soul.”

The Cameroon Football Federation also released a statement that said: “What a tragedy. We have just learned of the death of our international footballer Patrick Ekeng on the field during a league match between Dinamo Bucharest and Viitorul. Cameroon and the great family of Cameroonian football are in mourning… [W]e have lost a son and a brother.”

There have also been other tributes made to Ekeng on social media from fellow football players. Hector Bellerin of English club Arsenal expressed his sadness and called for more to be done in order to protect players when it comes to potentially life-threatening health problems. Bellerin posted a great picture of Ekeng – an image fitting to be a football wallpaper – on his Twitter page stating: “RIP Patrick Ekeng. Heartbreaking to see another footballer pass playing the game we love #LetsChangeTheGame”.