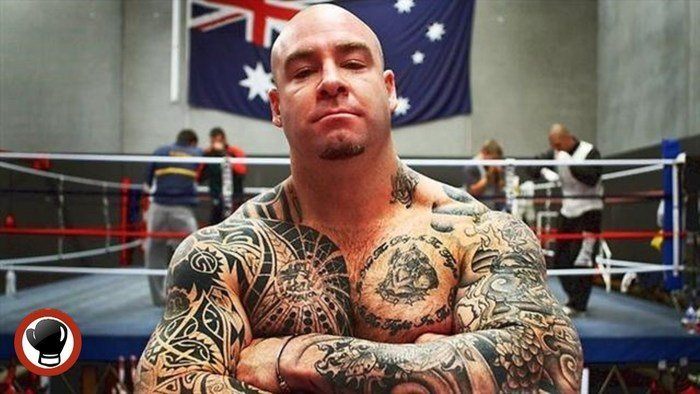 Were you able to review the boxing betting odds at Paddy Power Sports last 6 March 2016? Boxing fans from Australia are celebrating now that they have their first heavyweight boxing world champion. If you used your bookmakers no deposit bonus on Lucas Browne, you’re in luck because the Australian champion is now the newest boxing sensation.

The manner in which Browne won his victory was what made the fight remarkable. In the sixth round, Sydneysider Browne got cut and knocked down by WBA regular champion Ruslan Chagaev, but he went back to score a show-stopping 10th round. The newest online bookmakers were right to feature this match, which analysts have considered as one of the greatest fights in Australian boxing.

During Round 6, Browne forced himself to get off the canvas – just on the verge of being stopped from going further. With blood and pain, he somehow clawed his way to victory just as he saw a small opportunity to gain an edge in Round 10.

Within the last minute, Browne seemed to be on his way to a comfortable win, but Chagaev threw a southpaw left hook. The Sydneysider then instinctively threw in a right-hand counter. We hope you placed your wagers on the best sports betting sites because that last punch from Browne is the best one he has thrown in seven years of his career as a professional boxer.

That punch from Browne landed on the Chagaev’s chin, causing the Uzbekistani fighter to lose his composure. The latter kept his stance while standing against the ropes, but this made him a sitting duck for Browne’s punches. With 32 seconds left in the round, South African referee Stanley Christodoulou finally rescued Chagaev and closed the fight.

For the first time in history, the announcer declared that the new heavyweight champion of the world came from Australia. Bettors who listened to boxing betting tips that are in favour of Lucas Browne are definitely celebrating now!

Before becoming a world champion, Browne worked as a bouncer at nightclubs and sold men’s clothes just to make ends meet. He even lived at his mother’s house in western Sydney when he was still training.

Before he was a favourite in sports betting online, he was a family man who hasn’t considered boxing as a profession. In his late 20s, his marriage dissolved and he decided to take up boxing. Now, the Sydneysider has been unbeaten in 24 fights, 21 of which were won by knockout. Who knows… Maybe one day, he will be among the ranks of the highest paid athletes in the world.

The match between Browne and Chagaev was held at Grozny, Chechnya – one of the most troubled spots in the world. Chagaev was a considered a hero in Russia, and he was surrounded by security guards wherever he went. Even Chechnya’s president, Ramzan Kadyrov who is a close ally of Russian president Vladimir Putin, was on his side.

If you look at the boxing betting odds at Ladbrokes Sport, you will see that Chagaev was a strong contender for the match. He might even be considered a world champ with one of the best records in the heavyweight division. He only lost twice among his 37 fights – to Olympic gold medallists Alexander Povetkin and Wladimir Klitschko. Yet neither of these two were able to beat Chagaev as much as Browne did in their fight.

What Led to Browne’s Victory Against Chagaev?

Browne expected that Chagaev would start the fight at a fast pace and that he would try to finish the fight early – just like what he did in his match against Italian Francesco Pianeta.

Boxing betting odds at Bet365 suggest that Browne would be humiliated. But the Aussie boxer worked hard to defy the odds. Under the guidance of trainer Rodney Williams, Browne reached his lightest weight as well as his fastest when he faced Chagaev.

During Round 6, Chagaev threw in a hard right to Browne’s body as well as a big left to the chin. These threw Browne on his backside. With blood dripping down his face, it was clear that he was badly hurt, but he still forced himself to get off the canvas.

At this point, boxing betting odds would be in Chagaev’s favour. Then a small window of opportunity opened in the 10th round when Browne was able to sneak in one mighty blow.

In many ways, Browne’s victory brings nostalgia as it reminds us of Aussie light-heavyweight Jeff Harding's quest to win the WBC title during the final round in Atlantic City in 1989. He was able to win despite two swollen eyes and a broken nose.

The first Australian who attempted to win the heavyweight crown was Bill Squires from Narrabri way back in 1907. Other Australian boxers who also tried to win the belt include Richmond VFL player Bill Lang, Alex Leapai, Kali Meehan and Brisbane’s Joe Bugner.