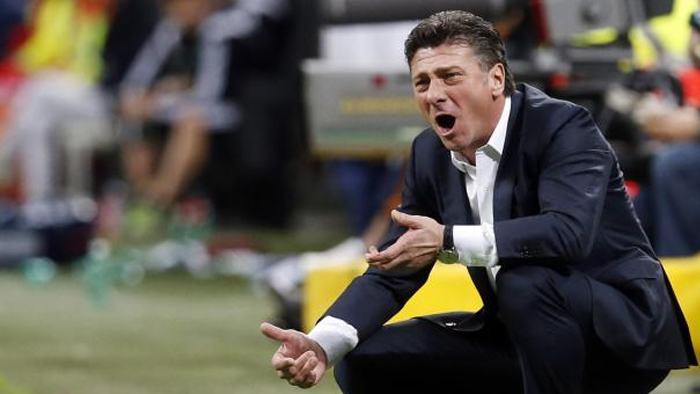 Rogers in at Celtic, Mazzarri Takes Over Watford

With the domestic football season finished in the top five leagues in Europe, teams have moved to ring in the changes. Although several teams will consider their options in the coming weeks, two clubs have already placed their futures in the hands of new managers.

Rodgers Takes Over at Celtic

Celtic have replaced Ronny Deila with former Liverpool boss Brendan Rodgers. The Northern Irishman spent just over three seasons at Anfield. In that time, Rodgers obtain a 51% win percentage. During his spell with the Reds, however, Rodgers was often criticised for his teams’ performances with many questioning if it he had a “plan B” if his tactics failed to breakdown defences.

Rodgers best season with Liverpool was back in 2013-14 when the Reds pushed for their very first English Premier League title. Rodgers’ Reds tallied 84 points during the season on the strength of their attack.

Celtic fans and former players are praising Rodgers’ appointment after the two-year reign of Deila. Celtic did win the Scottish Premier League twice under Deila, as well as winning the Scottish Cup in 2014-15. However, it was Deila’s failures in Europe that helped influence his exit. It wasn’t until Celtic lost to bitter rivals Rangers in April’s Scottish Cup clash that saw the club finally make the move.

Rodgers’ contract is a 12-month rolling contract, according to Celtic’s official website.

Praised for his attacking play for much of the English Premier League season, Quique Sanchez Flores has left Watford. The Spaniard has been rumoured to be the next Valencia coach and could take over for Pako Ayestaran after a tumultuous season in La Liga.

Watford have replaced the Spaniard with Italian Walter Mazzarri. The former Inter Milan coach has been out of management since November 2014. Mazzarri was dismissed from the Nerazzurri after a poor start to the 2014-15 season. The Italian was dismissed after 12 matchdays which saw Inter Milan win just four of their opening 12 fixtures.

Watford finished 13th in the English Premier League this season and reached the FA Cup semi-final, losing to Crystal Palace 2-1. Mazzarri is expected to install his 3-5-2 formation at Watford just as he did at Napoli and Inter Milan before.

Watford’s owner Gino Pozzo, who owns Italian team Udinese as well, had long wanted the Italian coach to take over the Zebrette. However, he now has Mazzarri taking over his English Premier League side.

Mazzarri has been studying English for the past two years and his deal with last for three-years with Watford.

It is expected that Manchester United will be the next club in the UK to make a big managerial change. Louis van Gaal has been under pressure throughout his tenure at Old Trafford. It is thought that former Chelsea coach Jose Mourinho will take over the Red Devils in the summer.

Manchester United’s city rivals Manchester City have already appointed Pep Guardiola for next season. United failed to qualify for the Champions League this term, and under Van Gaal, pundits feel the club may fall behind their blue rivals further.