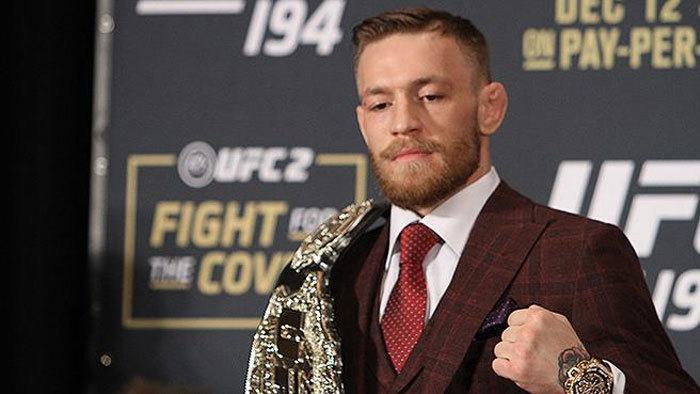 “I have decided to retire young. Thanks for the cheese. Catch ya’s later.”

McGregor vs. Diaz was a highly anticipated fight on UFC 196 and after the phenomenal match, fans craved for a rematch. Hence, UFC promoter Dana White drafted the two for another fight for UFC 200. McGregor was a fan favorite, but Diaz was the one to end his unbeaten fight record. McGregor’s first loss came after Diaz forced ‘The Notorious’ Irishman to tap out to a rear-naked choke.

UFC fans may have been highly anticipating betting on UFC at Coral Sports after the Diaz vs. McGregor rematch was announced. However, they may have to use their sports betting bonus codes on other UFC fighters because Dana White went on ESPN to announce that the 27-year-old featherweight Irish champion will no longer join the fighters roster for UFC 200. This would definitely be a big loss in terms of promotions for everyone on that card especially since McGregor has a huge fan base.

Conor McGregor’s Retirement Has Something to do with Money

McGegor’s retirement announcement on Twitter has brought quite a stir on the Internet and in the entire mixed martial arts industry altogether. A lot of theories and speculations has been surfacing online. One of which was that this is just a big publicity stunt between the Irish featherweight champion and Dana White.

White mentioned that the reason why McGregor was removed from the UFC 200 card was because the fighter failed to take part in promoting the event. UFC 200 happens to be one of the biggest events throughout the organisation’s over two-decade run.

Any fight attached with McGregor’s name inherently receives much attention due to the Irishman’s popularity. However, as per guidelines from UFC, fighters still to have to perform the responsibility of participating in promotional activities for the event they’re drafted in.

On the other hand, some speculations suggest that McGregor demanded a whopping $10 million paycheck for UFC 200. Perhaps in his mind he wanted to take the path that will lead him to the ranks of the highest-paid athletes in the world. But this may not be McGregor’s time yet because White allegedly refused his demand. This was also the reason why the Irishman decided to leave the UFC 200 card.

Perhaps the most discussed theory behind McGregor’s retirement is the one related to the death of Portuguese UFC fighter Joao Carvalho. Many suggest that after learning of Carvalho’s death, McGregor was disturbed emotionally and he deeply reflected about his profession. McGregor reportedly was in Dublin and was able to witness Carvalho’s final moments inside the Octagon. McGregor went on Facebook and shared his thoughts about Carvalho’s death:

To see a young man doing what he loves, competing for a chance at a better life, and then to have it taken away is truly heartbreaking.

We are just men and women doing something we love in the hope of a better life for ourselves and our families. Nobody involved in combat sports of any kind wants to see this. It is such a rare occurrence that I don’t know how to take this.

It is easy for those on the outside to criticise our way of living, but for the millions of people around the world who have had their lives, their health, their fitness and their mental strength all changed for the better through combat, this is truly a bitter pill to swallow. We have lost one of us.”

McGregor has been known to be vocal about his feelings, and we can see that he was sincerely saddened and affected by the death of Carvalho. However, his retirement still is something that the mixed martial arts industry and the best sports betting sites did not expect.

If financial reasons were the reason why McGregor walked away from UFC 200, it would be completely understandable because he wanted to earn what he deserved. But it’s hard to believe that he’s leaving the mixed martial arts industry entirely just because of money. Many still believe that the death of Carvalho definitely gave McGregor a totally different perspective in life.

If his retirement pushes through, McGregor would leave the industry with a 7-1 UFC record. In 2015, “The Notorious” Irishman’s popularity skyrocketed when he had won via knockout against Dennis Siver, Chad Mendes and Jose Aldo. He even set a UFC record for the shortest fight when he knocked out Jose Aldo 13 seconds into the first round at UFC 194 last December 2015.

In the past UFC cards that he was included, McGregor was a fan favorite. He knew how to charm the crowd and destroy his opponents mentally. McGregor's retirement truly is something unexpected. Do you think there would be another fighter who would be as likeable and widely popular as McGregor? Well, there are certainly a number of fighters to watch out for, including Nate Diaz who broke McGregor's unbeaten record. Continue following news about UFC on HitYah to discover fighters who are worth betting for!