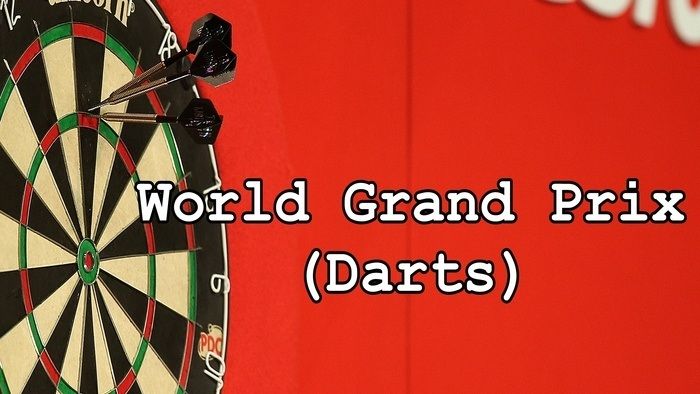 The Professional Darts Corporation (PDC) Tour stops off at Dublin this Monday 3 October 2016 for the World Grand Prix. We know that you’ve been itching to use your sportsbook bonus codes on this event, but let us give you a rundown of the top dart players eyeing the coveted title. As we all know, the more informed your wagers are, the better your chances of winning!

There have been a lot of talks regarding van Gerwen as the top contender for the World Grand Prix 2016 title especially since he currently ranks as the number one dart player in the world. The 27-year-old Dutch player was the youngest to win a PDC World Championship. He also averaged 123.40 in a 2016 Premier League match – the highest ever broadcasted on live television. His first opponent for the tour is Steve Beaton whom he has defeated nine times in recent years. His current odds to win against Beaton is at 6/1.

If you are planning to bet on darts online this week, make sure you include Anderson to your list. The dart player nicknamed as “The Flying Scotsman” is currently the reigning PDC World Champion. He also has a remarkable track record, winning the World Darts Trophy, International Darts League and the Zuiderduin Masters in 2007. He has also won the Premier League in 2011 and 2015 and the Players Championship in 2014. His consistent performance is a proof of his belief in his own abilities. He might have been defeated by Ian White in the second round in last year’s tournament. However, he averaged 97 in both matches he competed in.

There has been a buzz that Phil Taylor and Michael van Gerwen would possibly meet in the finals. After winning the Champions League of Darts, the former received the career boost that he needed. It is also worth noting that from 1995 to 2002, he has won eight consecutive World Championships and that from 1994 to 2007, he has reached 14 consecutive finals. Both of these are records he set and no other darts player has achieved the same feat. Needless to say, Taylor is truly one of the most successful dart players out there.

Where to Bet on Darts

Now that you have a list of the top players to bet on in the upcoming World Grand Prix, it is high time you search for the best online bookmakers for darts! We highly recommend you join Coral Sports as they have exciting promotions waiting for you to claim! For instance, as a new customer, if you bet £5, you will also receive £20 in free bets. For a limited time, you can also claim your winnings in the form of free bets and if your bet loses you will get £5 worth of free bet! You still have enough time to bet on your favourite dart players and to take advantage of these promotions. Click the Sign-Up button below to start betting today!