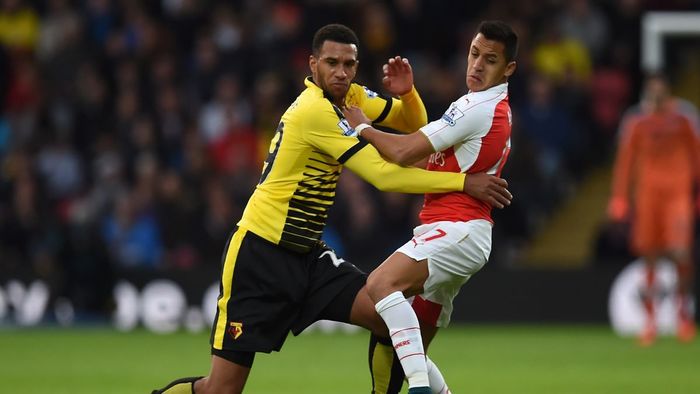 There will be a new set of ribbons tied to the FA Cup after UK football team Watford F.C. shocked the stumbling Arsenal F.C. at the quarter finals. Watford’s win brought to an end the incredible 13 match unbeaten run of Arsenal in the oldest club competition in the world.

It was way back in February 2013 when the Blackburn Rovers scored a late goal to knock out Arsenal and win the FA Cup. Since then, the Gunners have set new sports betting heights by setting a record of 13 unbeaten matches that saw them through the grandest cup competition for two successive seasons.

Arsenal aimed to win three successive FA Cup competitions, but ran into Watford in the quarter finals. Goals from Odion Ighalo and Adlène Guedioura in second half gave Watford a 2-1 win over Arsenal, ending its bid to win the trophy for a third straight year.

Ighalo was on mark just after the break and put Watford 1-0 up in the 50th minute. It did not take long before Guedioura put second past Arsenal, leaving the Gunners shell-shocked and soccer betting odds shifting against their favour.

Arsenal brought on Danny Welbeck in hopes of a redeeming shot. Welbeck very nearly created one. He was on target for Arsenal on the 88th minute, and he could have equalised in the last remaining seconds when he blasted wide from seven yards out of the goal.

A Challenging Season for Arsenal

This has marked the worst possible start to a make-or-break week for the Gunners. Arsenal is going to head-to-head with FC Barcelona as two of the remaining 16 squads of the Champions League. However, it is not unlikely that Arsenal is going to be eliminated from the UEFA competition.

Arsenal had been looking to become the first team in 130 years to win the FA Cup for three consecutive years. In a post-match interview, Arsène Wenger - manager of Arsenal - said, “Our long, long run in the FA Cup comes to an end and it is in a very sad way because I did not think we deserved to lose this game.

“We have to look at ourselves maybe on the first goal. The second goal was a fantastic shot and I felt it was a real cup game.

We do not make enough of our possession in the final third. Watford is a team who is good on the break and they depend on [Odion] Ighalo and [Troy] Deeney. The defence kept with them and overall we did not give many chances away.”

Wenger also added, “I believe we have put quite a decent performance in but in the end we lose the game. It's the cup and that's what it is about.”

When asked if he has disappointed, Wenger simply said: “You can't guarantee that you win the cup and today we were in the quarter-finals and we gave our lot to win.

“Let's focus on the next game, it's important we stick together and do our best in Barcelona.”

Arsenal currently holds the third place in the league table after 29 fixtures played with 52 points. The football club is behind the pace set by Leicester City.

With all the different types of football betting available, it's important to get as clear as possible on just what you think the various outcomes of upcoming games will be. Below are the results of the FA Cup Quarter Finals. Did these results align with your soccer betting predictions?

Check out HitYah! Sports some of the best sports betting bonuses you can use for the next rounds of soccer matches.