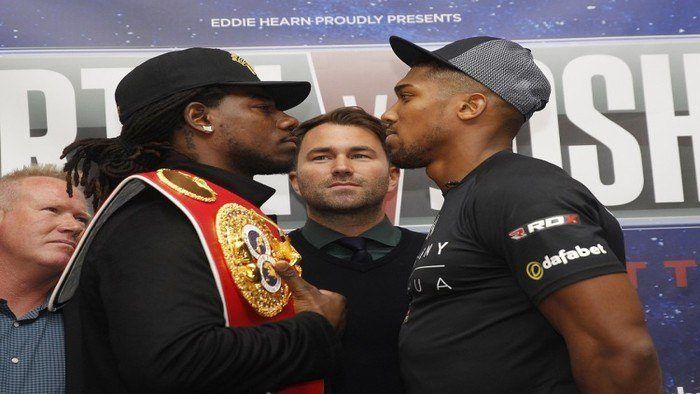 Get your bets ready because we might see a lot of William Hill Sports betting bonuses in the upcoming IBF World Heavyweight boxing match, due to take place at the O2 Arena on 9 April 2016. William Hill is set to sponsor the match between undefeated fighters Charles Martin and Anthony Joshua.

The aforementioned match will be the first time Martin will defend the IBF title he won against Vyacheslav Glazkov in 2016 January.

Sports betters are sure to flock to William Hill Sports as the betting operator. Be prepared to place your bets on 9 April because you are sure to find a number of bookmaker bonus promotions during the events.

According to William Hill’s chief marketing officer Alex O’Shaughnessy, the fight between Martin and Joshua will be one of the biggest sporting events this season. To maximise your sports betting options, check out HitYah’s William Hill review.

“Martin v Joshua is going to be a mega Heavyweight title showdown and we’re delighted to have a real heavyweight global brand like William Hill on board.”

Joshua stands at 6’6” which clearly shows his domineering build, but his more notable traits are his agility and athleticism.

Even the newest online sports books are sure to feature this fight as Joshua is a proven exceptional fighter. After winning a gold medal at the 2012 London Games, Joshua is getting himself ready to join the elite ranks when he fights Martin on April.

Compared to Martin, Joshua has had less experience in the ring. Martin holds a 22-0-1 career record with 21 knockouts. The match will be Joshua’s 16th competitive fight. However, five of Joshua’s 15 winning fights were held in London – the same venue for his bout with Martin. Bringing positive memories for Joshua, the venue is where the fighter is typically cheered on by the home fans.

At 29, Martin will take on Joshua in his first bout outside of the United States. The fighter won the IBF belt from his bout with Ukranian opponent Glazkov in January. Glazkov was forced to end the fight in the third round after incurring a knee injury.

Despite having picked up more contenders along the way, Martin still poses as a beatable opponent. Boxing analysts have regarded him as a junior in the professional realm, considering that his past opponents were so paltry.