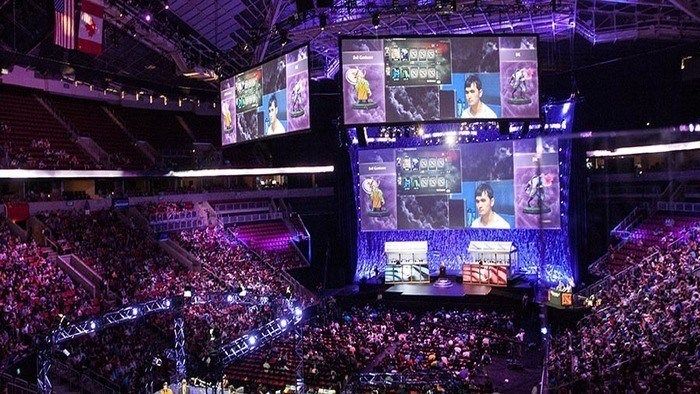 Another huge tech company has recognised the massive potential of the eSports industry and is entering the competitive gaming world. Internet giant Yahoo has announced it has launched a new hub for competitive video gaming that will run under the Yahoo Sports banner.

According to the vice president of Yahoo Sports Media Bob Condor, the company has “identified an incredible opportunity” in the eSports universe which already has “a global audience of more than 226 million.”

The new hub will be called Yahoo Esports. This new section will feature editorial and video commentary about competitive gaming events, as well as match pages, team rosters, stats, scores and related schedules. Fans can take advantage of this site if they want to engage in eSports betting sites. The site will also have a live chat feature that fans can use to connect with other members of the eSports community.

This is not the first time that Yahoo has shown interest in competitive video gaming. In 2015, Yahoo was reportedly engaged in making a deal to buy professional eSports organisation Major League Gaming. In the end, however, it was Activision that got the popular eSports tournament organiser for a sum of $46 million.

Yahoo mentioned that the initial focus will be around current, popular video games such as Dota 2, League of Legends, Heroes of the Storm, Street Fighter V and Counter Strike: Global Offensive. Additional titles will be added over time to this budding roster, in response to the growing eSports audience and online sports betting market.

In a statement, Condor said: “We’re approaching our coverage of eSports with the same tenacity and professionalism we always have with Yahoo Sports, News and Finance."

He adds, “Coupled with our experience in building great products, we’ve gone out and assembled an experienced and innovative content team that will cover eSports from every angle.”

Many other media giants have begun investing in eSports coverage. For instance, ESPN announced back in January that it will start aggressively covering competitive gaming events. This benefits both eSports fans and new sports bookmakers who offer tournament betting. ESPN started with a section exclusively for videos and articles about professional leagues and tournaments. The sports media conglomerate has already featured League of Legends and Counter Strike: Global Offensive, among others.

Chad Millman, the editor-in-chief of ESPN.com said that, “The storyline was so compelling that we decided there was no reason we shouldn’t be doing this on a daily basis with the same rigor we cover the National League Football or other sports.”

This move by ESPN and Yahoo certainly reflects the growing following of competitive gaming and its far reaching impact in the sports betting world.