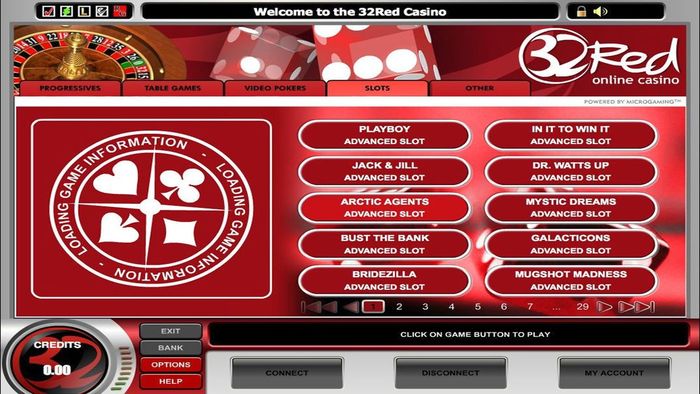 Online casino gaming operator 32Red announced that the company generated a total of £48.6 million in revenues last 2015. This is a 51% increase in comparison to the £32.1 million revenue reported for 2014.

According to 32Red, the Roxy Palace brand along with a 35% organic growth for their platform contributed to the increase. The online gaming company moved to Gibraltar after the acquisition deal on 4 July 2015, and the integration of its operations was completed by December 2015. Since its launch under 32Red, Royal Palace online casino has generated £5.2 million worth of net gaming revenues.

32Red's casino wing earned £39.3 million in total revenues — up 34% year-on-year. The gaming company's other products reported a £2.4 million contribution to the total earnings. These figures reflect a 42% increase in comparison to the annual report posted for 2014.

During the review period, 32Red's online gaming wing generated at total of £41.7 million in revenues. Its Italian operations reported a £1.7 million income, up by 54%. The brand's overall performance was marked by a £43.4 million revenue, up 35% in comparison to the figures posted for 2014.

According to 32Red, upon reviewing the company's performance during the first nineteen days of 2016, the company and all its products exhibited strong progress. During the same period, the gaming company's revenue increased by 27% in comparison to the figures reported for 2015. With Roxy Palace's income included, the overall revenue during the review increased by 54%.

32Red's online casino wing is powered by Microgaming and offers around 600 games. Players can visit its site and enjoy 32Red online casino games like roulette, video slots, black jack and poker, among many others. The gaming operator has been dubbed "Casino of the Decade" by Casinomeister.

During the first half of 2015, 32Red's Italian operations was hit hard by consumption taxes in the UK. By September 2015, 32Red's shares were trading down 3.5% at 72.40 pence. Despite the regulatory and tax challenges in 2015, 32Red was able to recover and even had a record revenue increase. 32Red CEO Ed Ware attributed this excellent growth to the company's strength along with first-class marketing and its dedicated team.

In light of the brief review, preliminary revenue results from 32Red will be announced on 10 March 2016. The gaming company predicts that its EBITDA will be a little higher than expectations for 2015. This forecast is backed by the smooth integration of the Roxy Palace brand along with 32Red's strong organic growth.

According to Ware, the company has seen ROI from its marketing efforts over the past 12 months. Moreover, he believes that 32Red's record revenue growth is directly linked to their effective marketing strategies. Further into 2016, Ware sees an even stronger progress with the company investing more on marketing.

If you want to find out what the rave for 32Red is all about, click the Visit & Sign up button on our HitYah page. Learn about 32Red's ongoing promotions and loyalty programs, and even discover the fun for yourself.